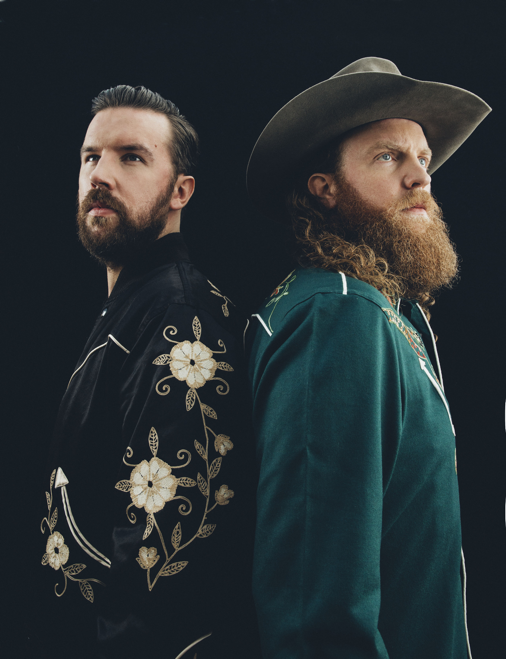 Brothers Osborne have confirmed the release of their latest single for January 5th 2018.

Titled ‘Shoot Me Straight’, and taken from the award-winning Brothers second studio album, title tbc, the track – as with the new record – has been produced by Jay Joyce, who also worked with the Nashville-based duo on their debut ‘Pawn Shop’ outing; this was originally released in 2016 then given a UK re-issue the following year (in expanded / re-packaged form) via the Snakefarm label.

‘Shoot Me Straight’ –  previewed live when TJ & John Osborne joined Nashville neighbours The Cadillac Three on a run of UK shows late last year – sees the musicians stretching their collective wings with a near seven-minute track recorded away from the sometimes sterile environs of the studio; for this session, and indeed the new album as a whole, recording took place at beach house filled with cool equipment and the desire to create music built on chemistry and vibe, something that ‘Shoot Me Straight’ (with its solid groove, spontaneous feel and stellar musicianship) makes abundantly plain.

Check out the in-studio video for the edited version of ‘Shoot Me Straight’ here:

The song in its entirety can be heard here: https://youtu.be/aHdncNVKwrI

The second album itself is looking set for a spring release, in support of which Brothers Osborne will return to the UK and Ireland for their first headline tour in May 2018; this follows on from an inaugural appearance at the annual Country2Country extravaganza (2017), followed by a one-off, sold out headline show at Dingwalls in London, then the aforementioned run with TC3…

The Brother‘s signature sound – an emotive, finely-crafted blend of country tradition, commercial sensibility and roots rock power – sees their status and success continue to rise; in addition to two Grammy nominations, they won big at the recent Country Music Association Awards (the CMAs) in Nashville, taking the honours in two categories – Vocal Duo of the Year and Music Video of the Year (‘It Ain’t My Fault’, a track from the‘Pawn Shop’ album).

On the live front, 2017 saw the Maryland duo heavily involved in US touring, including – but not limited to – opening shows for Chris Stapleton, and now their sights are firmly set on the return to UK shores…

“The UK has become one of our favourite places to play,” exclaims John Osborne. “We’re thrilled to be doing our first ever headline tour there in May. Can’t wait!”

Tickets for all dates are available here.