Straight In With Sin 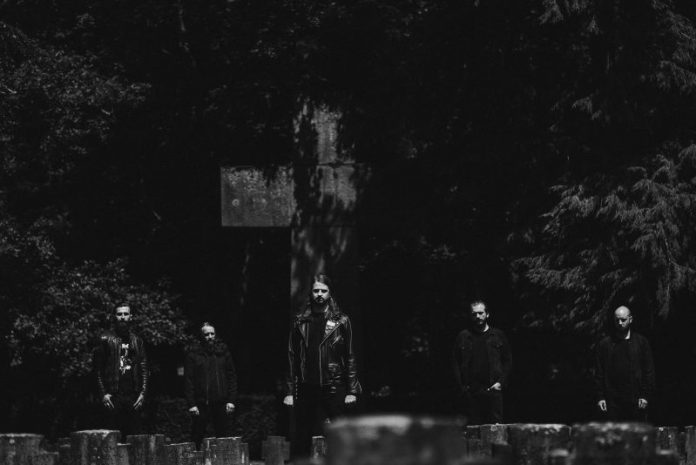 November 21, 2016
Reading time: 4 min.
Facebook
Twitter
Pinterest
WhatsApp
Linkedin
Email
Print
Telegram
Copy URL
By Andy Thorley
No foreplay and teasing for these black metallers
A press release here, a news piece there. A first cover announcement, a song snippet or tracklist to feed your hunger and to shorten your wait. Not with ULTHA! The extraordinary black metal band from Cologne, Germany, who already left their stamp in the entire metal scene and beyond, doesn’t give a damn, are always up for a nice suprise and now present their second studio album without any hot newsflashes in advance. It’s simply finally HERE, and today the band unveils their brand new masterpiece titled ‘CONVERGING SINS’ in its entirely!

Out NOW on Vendetta Records, ULTHA is also now streaming their new album ‘CONVERGING SINS‘ in an exclusive and full album stream with Deaf Forever Magazine!

As the band stated on their website today:
‘Monuments, around our souls. Their shadows speak of useful deaths – and noone dares to breathe.

Here it is -CONVERGING SINS- …our second full-length record and the third and final release for this busy year. A lot has happen, a lot has changed. This record was a tough and emotional one to make, but we’re proud the way it turned out. You can stream the whole record now exclusively through our friends DEAF FOREVER.

‘Converging Sins’: five songs – about an hour of new music. Featuring guitars by both our old second guitar player Jens and our new guitar player Ralf, as well as guest vocals by the one and only Rachel A. Davies of ESBEN AND THE WITCH.
Recorded by our own Andy Rosczyk at our rehearsal room in Cologne. Mastered by JACK SHIRLEY at THE ATOMIC GARDEN Studio (Lycus, Oathbreaker, Deafheaven) and given a face by KEVIN GAN YUEN (of Sutekh Hexen) under his VIRAL OPTIC moniker.

You can order the LP and CD version now from VENDETTA RECORDS (100LPs on ltd.white wax / 400 on black). In January we will also get a stunning tape edition of the record through our long-time collaborator TARTARUS RECORDS. The tape edition will be available at the official release show for CONVERGING SINS on January 28th2017 at the AZ COLOGNE alongside a fantastic line-up we wouldn’t be more stoked about: FYRNASK, ORTEGA, PARAMNESIA and LUBBERT DAS.

And now enjoy the record.

LOSS IS ALL AND ALL IS LOST’