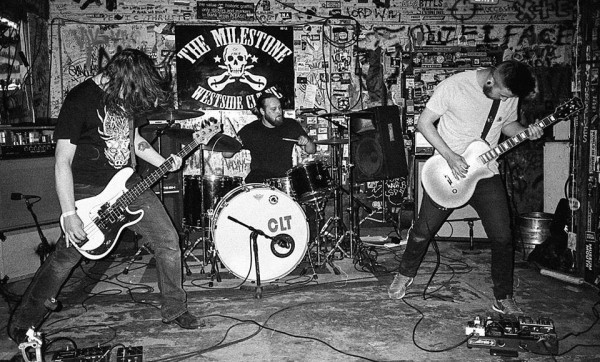 A line up change, a new name, but same great music for Colorado stoners

Formerly Stone City, this group of musicians, based out of Charlotte and Greensboro, NC, has been together since 2013 playing  many shows throughout the years.

Once being a band with two guitarists, it transitioned into just one. Do to the change in members, sound, and for bookings’ sake, the band renamed itself to VIAJANDO.

Now as a power-trio, they completed their first, true release called Counting Days EP. The EP was released online first in January of 2015 on the band’s BandCamp however, it is also getting released on CD. The release date for the CD is March 31st as the band plays a show with Single Mothers and The Dirty Nil at the World Famous Milestone Club in Charlotte, NC.

Considered a hard rock, a stoner rock, and a stoner metal band, it’s hard to pinpoint the exact category this band falls under but they are simply stoners playing fun, heavy, and loud music together.