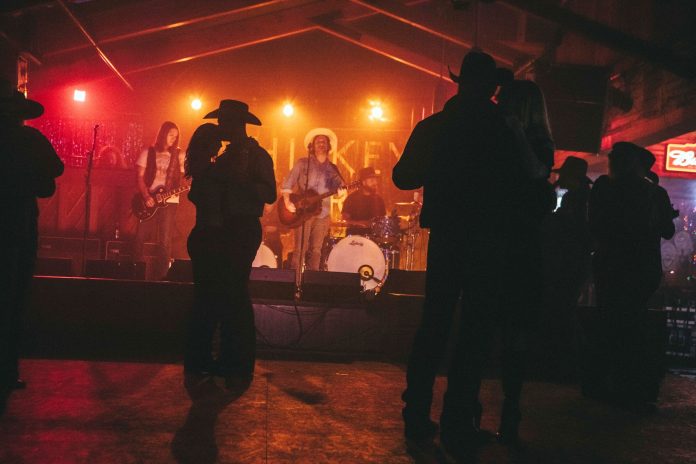 Whiskey Myers have tapped an enthusiastic audience on the Kevin Costner US TV drama ‘Yellowstone’. With an on-screen appearance and five songs featured on the Paramount Network hit series so far, the band’s music is reaching a new, fervent audience who recently propelled three of their albums into the Top 10 of the US iTunes Country Album Chart. Latest outing ‘Mud’ topped the chart while ‘Firewater’ followed at No. 2 and ‘Early Morning Shakes’ reached No. 9. All three albums peaked in the Top 50 All-Genre with over 250,000 sales.

“Getting asked to be on ‘Yellowstone’ was a cool opportunity and we are honoured to be a part of it since we are all big fans of Kevin (Costner) and Taylor (Sheridan, screen-writer),” says Whiskey Myers lead vocalist / guitarist Cody Cannon. “It’s really awesome to see people reacting to our music, taking a two-year-old album to the No. 1 spot on iTunes and five of our songs to the Top 200, with ‘Stone’ even hitting the Top 10 for Country Songs. We are very thankful that people are digging it.”

“I’m very humbled by how positive the reaction has been,” adds guitarist John Jeffers. “We knew that you just have to hang in there and put out quality music, then the timing will present itself. After working at this dream for 10 years, it’s exciting to have our moment to shine on a national stage.”

Written & produced by Oscar-nominated ‘Hell or High Water’ / ‘Sicario’ screen-writer Taylor Sheridan, ‘Yellowstone’ stars Costner as patriarch John Dutton, whose family controls the biggest contiguous ranch in the US. With their larger-than-life performances, searing guitars, soulful vocals and indelible hooks, Whiskey Myers’ music has proved a genuine fit for the show; the songs from ‘Mud’ are stories of ordinary men and women standing up for their families and protecting their roots. Home is sacred ground for Whiskey Myers, not just a plot of land, but the cornerstone of an identity worth dying for – themes that are intrinsic to the series…

“I was standing on set explaining my idea for a scene in a honky tonk, so I played the team Whiskey Myers’ ‘Stone’ and told them I wanted something like that at the end,” recalls Sheridan. “Our producer, John Linson, said, ‘Why not just use that?’ So I got Cody’s number, pitched him the scenes and asked if they wanted to be in the show. Thankfully, they said yes. I think Whiskey Myers is generating some of the most exciting music in the country genre right now… and the rock genre, for that matter… and alt-country… and Americana… I love ’em!”

Whilst the series isn’t currently available in the UK, Whiskey Myers fans can check out a clip of them performing on the show here:

At present, the band are wrapping up the recording of a new self-produced studio album slated to be released in the first quarter of 2019. ‘Mud’ earnt them rave reviews in the UK from Classic Rock through to Country Music Magazine, who described the release as “genre-defying and downright brilliant”.

Whiskey Myers’ most recent visit to Europe this summer saw them playing the main-stage at the Download Festival in the UK alongside Guns N’ Roses and Black Stone Cherry, after which they headed off to Europe for a performance at Download Paris plus headline shows in the Netherlands and Germany.