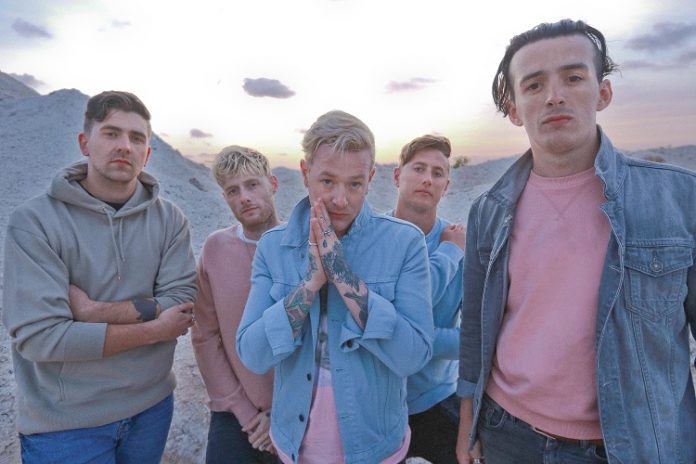 UK 5-piece Deaf Havana are set to release their fifth studio album Rituals on August 10th 2018 through SO Recordings.  This is the follow-up to their Top 5 album All These Countless Nights.  First single Sinner is available now to stream and download.

The album was written and recorded less than six months ago, as a challenge taken up by James Veck-Gilodi (vocals) & Phil Gornell (Co-Producer) to subvert the band’s writing process, and present songs representative of the band in the present.

Phil (also Deaf Havana’s Front of House technician) invited James up to his home studio Steel City Studios in Sheffield for a couple of days after Christmas.  Having toured together throughout 2017, and having had no headspace to write anything new, suddenly there was this short breathing space in which they found themselves playing music together. Just for the fun of it.  Together with Phil, James decided to go at songwriting from a completely new perspective; re-discovering the love of making music purely for his own enjoyment. He ended up staying for three months.

‘I was that house guest who never leaves’ chuckles James, ‘but at the same time, Phil wouldn’t let me go either – we felt we were on to something, creating something that I loved. Phil was an amazing soundboard, bouncing ideas back & forth, and he ended up co-producing the album.’

Rituals is the result of throwing out the ‘Deaf Havana rulebook’: first; James picked the song titles, second; he wrote tracks that fit the theme of those titles, third; everything was written on the computer, then the band came in to play all the parts.  Working like this felt like working backwards to James, who had previously only written songs on his acoustic guitar, with continuous input from the rest of the band. They set themselves a deadline of April to finish writing, and if any of it was any good, they would make it available by August.  No more waiting half a decade for people to finally hear any music.

Laughingly, James says: “It feels quite self-indulgent. This is the first time I feel like I have made an album that is all for me, written purely for my own enjoyment.  I understand that I might alienate some people who might not ‘get’ the album, but I am so fortunate that the band are behind me all the way.  Everyone is super excited to get out on the road and play all these songs live.”

A recurring theme on the album is one of struggle and redemption.  Now happily married and feeling secure of his place in the world for the first time in his life, James’ lyrics cover the themes of disconnect, wrestling with the self and letting go of personal demons. The music is in turn introspective and joyous, with help from the London Contemporary Voices choir, who feature on 5 tracks.  The band performed with the choir at their only UK show in 2018, when they played an intimate show at London’s Union Chapel for the War Child charity as part of the BRIT awards gigs.

An additional UK show has been announced: The band will be second from the top of the bill on the Radio 1 stage at Reading & Leeds festival this August. 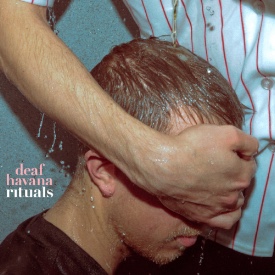 The theme of redemption ties into the art the band have wrapped into the album cover, a series by the visual artist Wolf James entitled ‘My Love Is Lethal (A personal series dedicated to Letting Go)’.