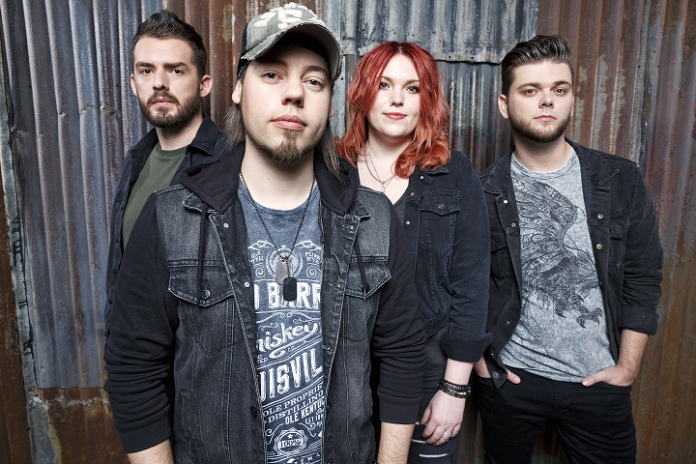 ‘Heartbeat Away‘ is a deeply personal song for Stone Broken front-person and lyricist, Rich Moss; the single tackles the subject of domestic abuse, suggesting that the realities need to be discussed more openly and addressed immediately…

Moss says: “The subject of ‘Heartbeat Away’ is a little closer to home than most of the other songs I have written… seeing the impact that domestic violence has on a person you are close to and the way it affects the people around them isn’t a very nice thing to experience. I thought it was time to shine a light on something that usually happens behind closed doors, hidden away from the rest of the world. When people listen to this song I think they will know that it’s personal and that I mean every word.”

A music video for ‘Heartbeat Away‘ will be revealed in due course. In the meantime, watch the lyric clip for previous single, ‘Worth Fighting For’, here: http://vevo.ly/h30LTm

Listen to ‘Heartbeat Away‘ via Spotify or iTunes HERE.

Pre-orders for Ain’t Always Easy – produced & mixed by Romesh Dodangoda at Long Wave Recording Studios in South Wales – are live now, with singles ‘Worth Fighting For‘ and ‘Heartbeat Away‘ included as instant downloads with any digital purchase. Pre-order a variety of formats (digital, CD & vinyl) + t-shirt bundles HERE.

Stone Broken recently announced a UK / Euro headline tour for February / March 2018, with their show in Birmingham already a sell-out!

The current list of confirmed UK / Euro tour dates for 2018 is as follows, with a Friday night headline spot at the Steelhouse Festival in South Wales now lined up for July 27th. Special Guests on the February / March headline UK run are Jared James Nichols and The Bad Flowers…