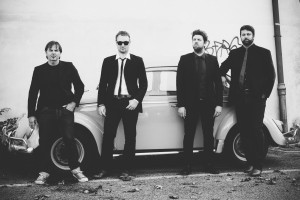 Following the success of the brilliant album Banks Of The Lea in 2014 the band are ready to once again hit the road in a series of European dates.  The first of which is in their homeland of Italy. More dates will be announced over the coming weeks but for now if you live in, or near, or not too far from, any of the places below then get yourself down to one of these gigs.