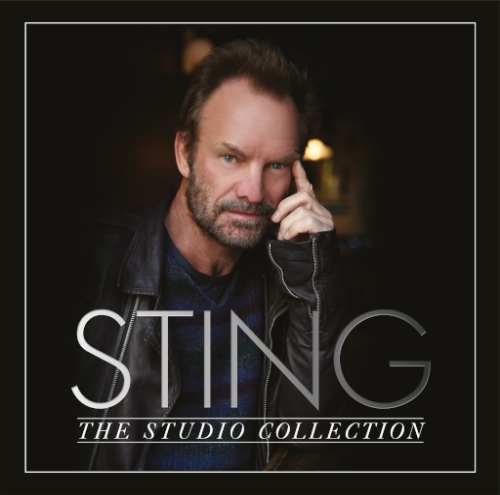 Interscope Records are proud to release The Studio Collection, a career-spanning vinyl LP box set featuring all of Sting’s seminal solo studio albums brought together for the first time.

All of the included LPs appear in exact replicas of the original artwork presented in an exceptional slipcase package, with brand new vinyl masters cut at the legendary Abbey Road studios to ensure exceptional audio quality.

Contained within The Studio Collection are some of the most iconic albums and songs of all time, including numerous GRAMMY® Award-winning tracks as well as a plethora of multi-platinum, platinum and gold worldwide awards. Beginning with Sting’s first solo album, the revelatory The Dream Of The Blue Turtles from 1985 – featuring the cream of America’s young jazz musicians in a politically-charged set – through 2013’s The Last Ship,exploring the central themes of homecoming and self-discovery in the North East of England, The Studio Collection showcases Sting’s meticulous songwriting, evocative storytelling, and continual innovation in a groundbreaking mix of musical genres and styles that have continually evolved throughout his remarkable career to date.

From perennial favourites ‘Englishman In New York’, ‘If I Ever Lose My Faith In You’, ‘Fields Of Gold’, ‘Seven Days’ and ‘Shape of My Heart’, to the political ‘We Work The Black Seam’ and ‘Russians’, the gospel-tinged ‘Let Your Soul Be Your Pilot’ and ‘Fill Her Up’, the bossa nova ‘La Belle Dame Sans Regrets’ and ‘Big Lie Small World’, through to the French hip hop of ‘Perfect Love…Gone Wrong’ and the arabesque ‘Desert Rose’, The Studio Collectioncombines the full breadth and power ofSting, the composer, singer, activist and timeless songwriter, on high-quality heavyweight vinyl.