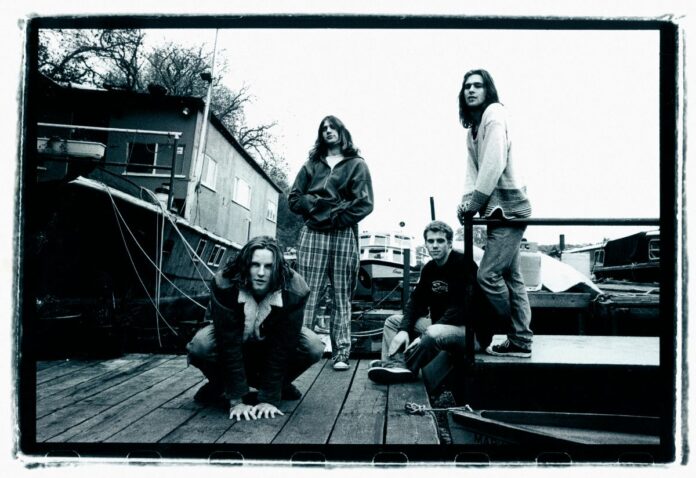 Next week Reef release the very special 25th anniversary vinyl reissue of their 1997 number one album, Glow, via Hassle Hindsight and available to pre-order here.

Featuring the mega-hit ‘Place Your Hands’, the album was recorded in Abbey Road, Real World Studios and LA’s legendary Sound City Studios, with producer George Drakoulias at the helm. And it’s fair to say that Glow was the point where everything that made Reef so great – the spirit, the passion, the honesty, the undiluted energy – came together. It’s the sound of a band who were never short of talent or confidence firing on every single cylinder.

“I love every album we’ve made, but Glow is the one that really encapsulates the band,” says Gary Stringer today. “It’s emotional, it’s sexy, it’s passionate, it rocks hard. It’s everything Reef should be.”

The album was released in early 1997 to universal praise and entered the charts at Number One. You can stream the album HERE

“You don’t think, when you’re making a record, ‘Oh, this is going to go to Number One. You just make the music you make, and if people connect to it, then brilliant. Saying that, there was a very liquid celebration,” Stringer laughs.

All vinyl variants come housed in a hand-numbered spined outer sleeve and include a foldout insert with fresh liner notes from Gary, in conversation with esteemed music journalist Dave Everley.

GLOW TRACKLISTING
Side A :
1 Place Your Hands
2 I Would Have Left You
3 Summer’s In Bloom
4 Lately Stomping
5 Consideration
6 Don’t You Like It