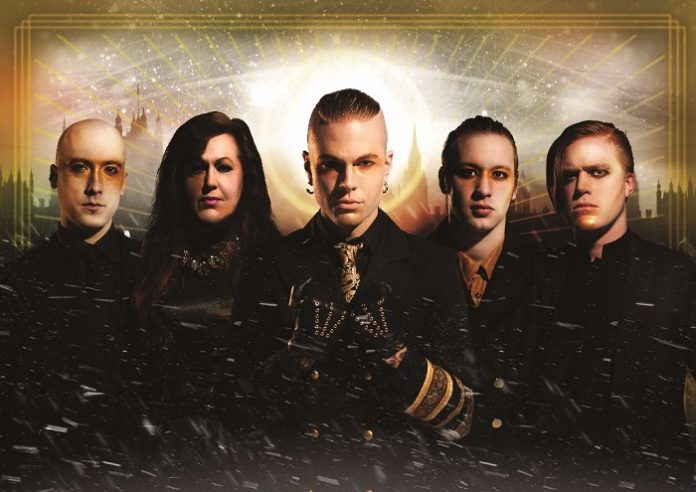 Swedish electro-industrial metallers Rave the Reqviem have released their new single ‘Synchronized Stigma’, the second to be taken from their epic new album The Gospel Of Nil.

The single is available as a limited edition laser-engraved, lathe-cut clear 7″ vinyl as well as an extended digital EP with industrial-metal remix by PreEmptive Strike 0.1, and club version by Chainreactor.

Initially founded as a one-man project, Rave the Reqviem is now a 5-person behemoth, including the dual mother-son vocal team of Carola and frontman Filip Lönnqvist. The first album as a full group, The Gospel of Nil treads the fine line between industrial metal, heavy electronica and mainstream rock. Besides the album-opener ‘Azalea’ unveiled above and the single ‘Mono Heart’, The Gospel Of Nil features a further seven full-length industrial-metal masterpieces sandwiched between the album’s atmospheric intro and outro – endpieces.

Rave the Reqviem are a truly exhilarating and genre-breaking act, whose success with their debut self-titled album propelled the band to headline tours in Eastern Europe and Russia and festival appearances in Sweden and the UK. A smash hit, the album was the fastest and best-selling debut on DWA’s roster.