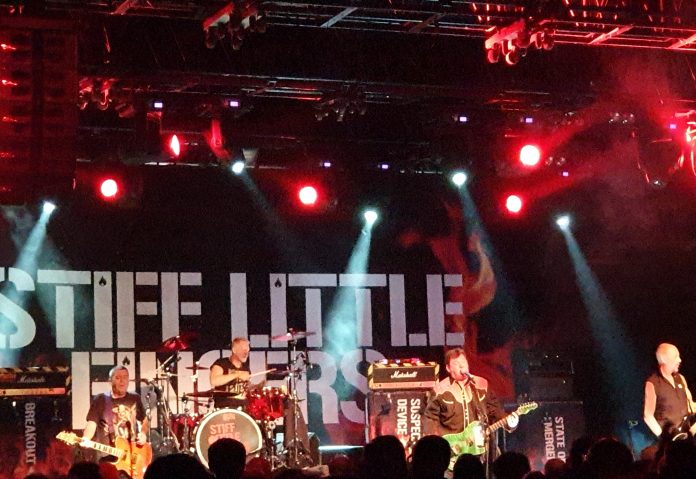 Call them Eddie And The Hot Rods, or just the Hot Rods, if you like as Barrie Masters isn’t here again (“he’s enjoying his late retirement” says Ian “Dipster” Dean, who stands in again on vocals like on the Spring jaunt) but whatever you call them a legendary rock n roll band. The dynamic is slightly different, obviously, without Masters, but “Teenage Depression” and “Quit This Town” are knockabout fun. Which is all they ever were. The fact that Dean sings means that there some newer songs in the set (but then, the most recent record came out in 2004) and this edition of the band are perfect for the likes of “Why Should I Care?”. The Harmonica lick to “Hard Drivin’ Man” ushers in some old stuff, “Do Anything You Wanna Do” is anthemic as ever and there is something anarchic about the way do “Gloria”. Whatever the future holds for Eddie And The Hot Rods (and this was their farewell tour even with Masters stage front) their past is undeniable. 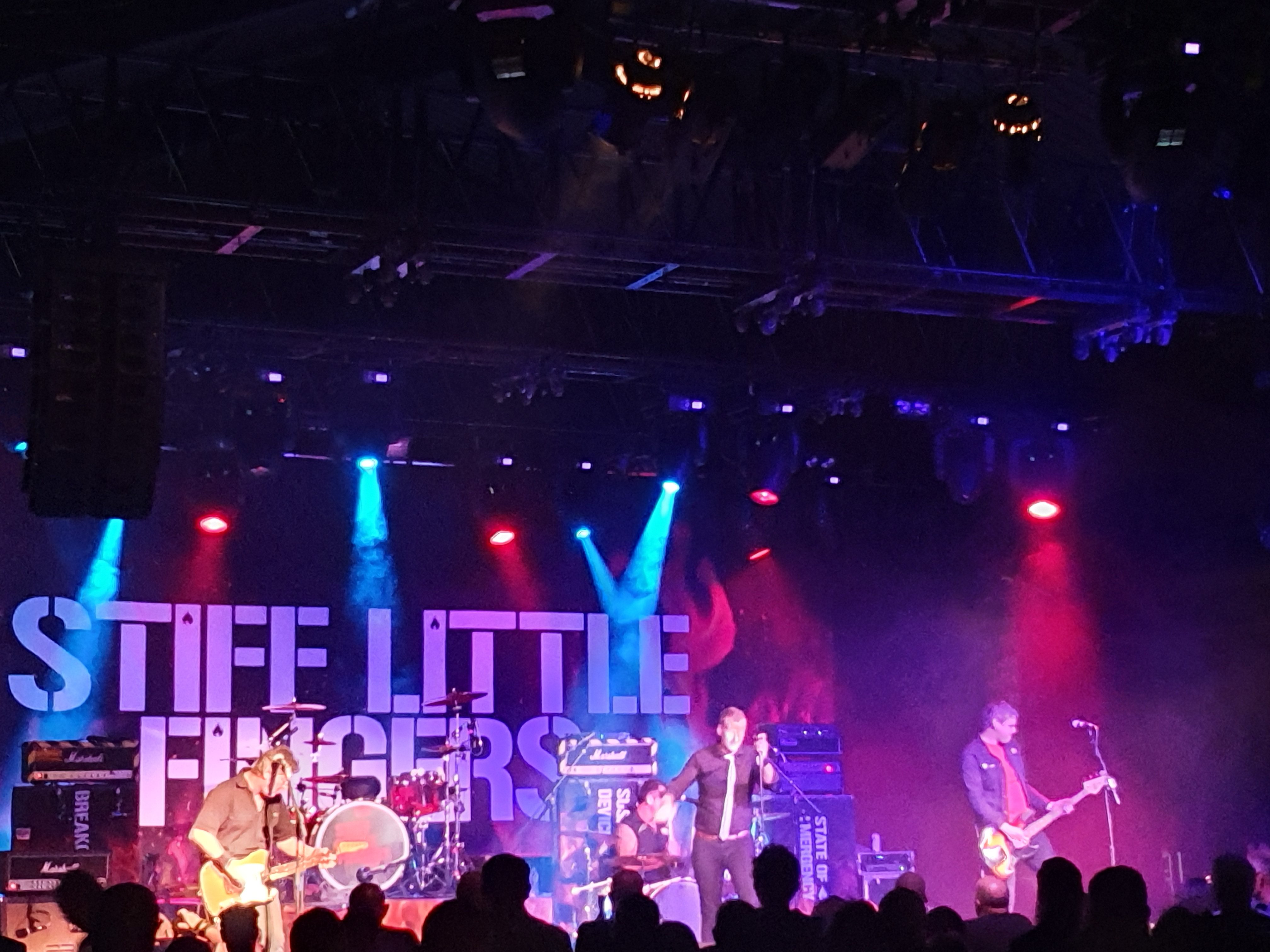 Seeing a band for the third time this year, as I am with Stiff Little Fingers, offers a new perspective.

Like, when they play the pair, “Guitar And Drum” and “Strummerville” here and Jake Burns dedicates the former to Simon Cowell and introduces the latter by saying “I wonder what Cowell and Walsh would have made of the Clash? They’d have totally missed the point…. !”

Here, surely he’s not just speaking of Joe and the lads, but his own band too. They aren’t for outsiders. This is their 40th anniversary tour and this belongs to the people right here.

Credit to them, for not just using it to rehash the past either.

This set spans the career (“we’re touching all points here, if you saw us in Birmingham or somewhere in the spring, its the same old shite” deadpans the singer) what that means in practice is that an acerbic new one “16 Shots”, not even recorded yet, mixes with “Law And Order” and “Suspect Device”. And nothing feels like it doesn’t belong.

It is striking too, how relevant this all feels still. “Silver Lining” written in 1981 when Thatcher was destroying the poor, is spat out here just the same as in 2019 when Boris and the Eton mob are doing the same, “Guilty As Sin” with its folky tinge is heartfelt, likewise the harmonies on “Can’t Get Away With That” show where the modern bands take their inspiration.

It’s the social commentary that really hits home. “My Dark Places deals with depression quite marvelously, and if “Nobody’s Hero” and “Gotta Getaway” offer a singalong, then the encore of “Tin Soldiers” and “Alternative Ulster” (dedicated here to Phil Lynott on what would have been his 70th birthday) show why they’ve endured so long. Brilliant songs.

Thing is, and he knows it, SLF have way more. They have a body of work. And its probably the best of its type.