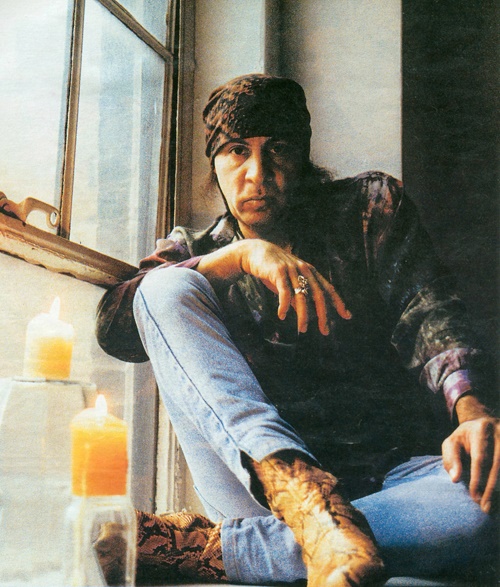 Stevie Van Zandt, a principle architect of the “Jersey Shore” sound and a founding member of Bruce Springsteen’s E Street Band, returns to Europe this summer, including dates in Ireland and the UK for the Soulfire TeachRock Tour 2018, following an immensely successful run of European shows last year.

The tour will see Van Zandt (also known as Little Steven) and his powerful 14-person band, The Disciples Of Soul, kick off the tour on June 28 in Dublin. They will perform shows in Liverpool, Whitley Bay, Germany, Belgium, The Netherlands, Spain and Norway, before the finale at Shepherd’s Bush Empire in London on July 27.

“I can’t get back to Europe often enough. I love it all,” says Van Zandt.

The landmark live tour will also benefit The Rock and Roll Forever Foundation’s TeachRock programme (http://teachrock.org/tour/). Established by Dr. Van Zandt (he received an honorary Doctor of Fine Arts Degree from Rutgers University), the Foundation creates education materials that use the history of popular music to create engaging, multicultural lesson plans for history, social studies, language arts, music, and science classrooms, all of which are available to educators at no cost.

This marks the first-ever rock tour specifically geared towards addressing this crucial societal need. At each stop of the tour, The Rock and Roll Forever Foundation is also hosting free TeachRock Professional Development Workshops, with educators who attend receiving a complimentary ticket to that evening’s concert.

As Van Zandt explains, “Music will forever be humanity’s most effective and consistent source of inspiration and motivation, and we have learned, music turns out to be our most solid common ground for establishing communication between teachers and students which is where education begins.”

Little Steven and the Disciples of Soul returned to the UK stage for the first time in 25 years in 2016 at BluesFest. Returning to the UK in 2017, to the delight of fans, Stevie brought on stage longtime friend Sir Paul McCartney during his sold out show at the Roundhouse in London, as well as surprising fans with a secret set at Liverpool’s iconic Cavern Club with fan queuing down the street to hear The Beatles inspired set.

The return of inimitable Van Zandt came in support of Soulfire – his first solo album in almost 20 years. The release was named by Rolling Stone as one of the best records of 2017. The album saw the Rock & Roll Hall of Famer revisiting songs that spanned the length of his career as an artist, performer, producer, arranger, and songwriter with the focus directly on the hugely influential “soul horns-meet-rock ‘n’ roll guitars” approach he first pioneered on Southside Johnny and the Asbury Jukes’ classic first three albums.