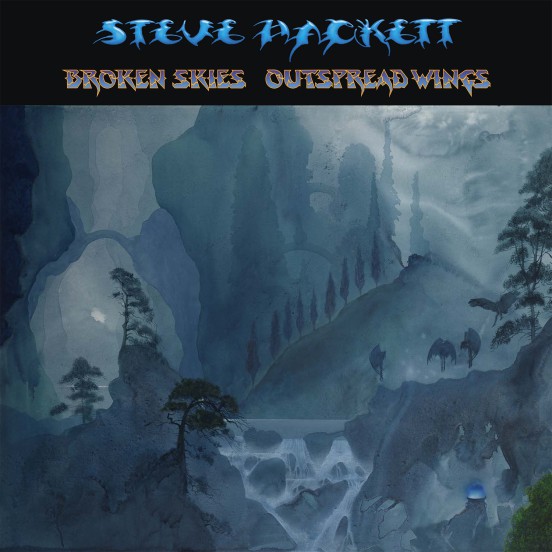 Following on from 2015’s ‘Premonitions’, this special art-book compiles the albums ‘Till We Have Faces’, ‘Guitar Noir’, ‘Darktown’, ‘Feedback 86’, ‘To Watch The Storms’ & ‘Wild Orchids’ – all newly remastered, alongside a host of bonus tracks. In addition to this, 2 DVD’s are included which feature several recent live rarities and 5.1 mixes of selected songs, as well as the glorious ‘Somewhere in South America’ live DVD capturing a set in Buenos Aires. This is rounded off by brand new artwork from Roger Dean (Yes, Uriah Heep), beautifully presented as a 60-page book with liner notes, rare photos, lyrics and more.

Steve commented on the release: “I’m excited to announce the release of a special bumper retrospective 1984 – 2006 box set. This will include six re-mastered albums, several 5.1 surround sound tracks including a new version of the GTR track “When the Heart Rules the Mind”, three previously unreleased live videos and the whole of the DVD Somewhere in South America, as well as a 60 page booklet including rare photos and new liner notes.

At the beginning of the year, Steve’s latest live release was launched, titled ‘Wuthering Nights – Live in Birmingham’ and documenting his 2017 UK live dates where he celebrated the 40th anniversary of the legendary Genesis album ‘Wind & Wuthering’ as well as his latest studio album ‘The Night Siren’.

Get your copy now here: https://stevehackett.lnk.to/WutheringNights

Steve Hackett and band will also play 8 special UK shows in October, where they will perform with a 41-piece orchestra. These dates are as follows, with several already sold out: