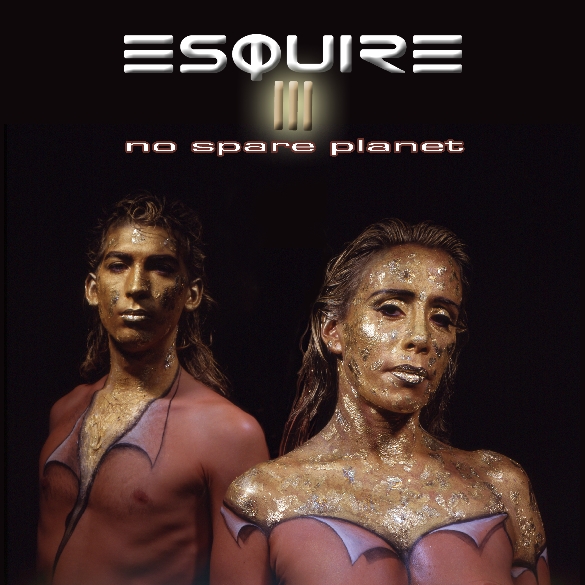 Nikki is back
Much to the excitement of prog fans worldwide, Esquire featuring Nikki Squire, the first wife of Chris Squire from YES, has released their first new album in several years! On their new release “No Spare Planet”, the band has championed a unique and sophisticated sound and they have straddled traditional music boundaries and essentially unleashed an innovative style of progressive rock that is varied, accessible and modern.
Esquire is now set to extend their musical legacy with this 3rd studio album. Comprising of nine unreleased songs, the last that Nikki Squire and Nigel McLaren wrote together before Nigel’s untimely passing in 2015.
Says Nikki, “Nigel and I started work on these songs a few years ago. Our intention was to create an album that although still ‘progressive’, would bring a modern and fresh outlook and move forward to build a meaningful album…a solid basis that was to become ‘Esquire 111 – No Spare Planet’. Nigel my co- writer suddenly passed away in 2015, just as we were getting ready to mix and master our music. Many things that happened after this led me to complete the album alone, which has now become a Tribute to Nigel McLaren.”
Fronted by Nikki Squire, Esquire is a British rock band noted for their progressive, art, and symphonic style of rock music. Formed in 1982, Esquire released two studio albums – the self-titled “Esquire” in 1987, written and produced by Nikki Squire, Nigel McLaren & Esquire, and then a follow-up album “Coming Home” in 1997. Chris Squire and Mark Wallis produced the mixes, YES drummer Alan White, YES producer Trevor Horn and Chris and Nikki’s eldest daughter, Carmen Squire and Charles Olins, all worked on the band’s debut album. The second album, “Coming Home”, was written by Nikki Squire and Nigel McLaren; it also included Danny Isaacs on guitar on three tracks and Tony Matteucci on drums. Also WINGS Denny Laine on backing vocals, to name but a few…
Now, completing the Esquire trilogy after their last album, “Esquire III – No Spare Planet” brings the band right up to date in 2016!
Tracks:
1. MINISTRY OF LIFE
2. SHE SAID
3. HUMAN RHYTHM
4. TONIGHT
5. FRIENDS & ENEMIES
6. IT’S OVER
7. WHERE IS THE LOVE
8. STAY LOW
9. HEAVEN BLESSED
For more information: http://esquiretheband.com/
To purchase: http://geni.us/esquire3