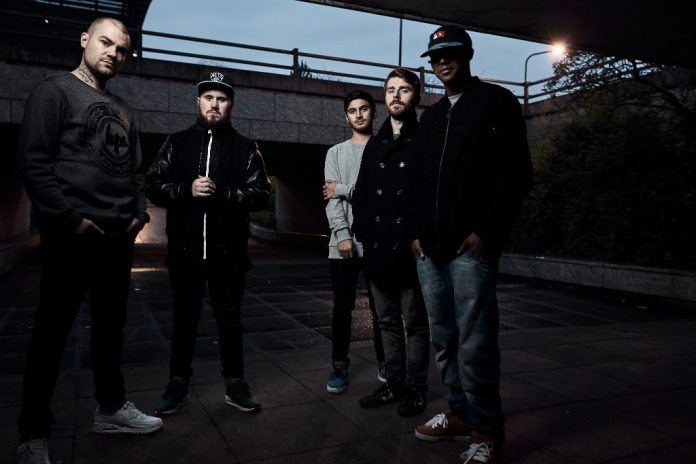 And they are on tour now

‘Hate’ was filmed and edited by Hacktivist bassist Josh Gurner – on a budget of almost £10 – in the band’s lunch-breaks and days off from work, and gives a glimpse into their everyday lives. He had this to say on the subject of the track and video:

“Lyrically, Hate deals with the phenomenon of the simmering jealousy that manifests itself as online bile when people see what they perceive as a glimpse of “success”. I wanted to address that in the video, and also add a twist on the idea that we’re living in an age where people seem to get the majority of their entertainment from a stylised version of ‘reality’, and even the most low-level ‘famous’ person exists publicly as a idealised version of themselves.”

“The video shows a day-in-the-life of the members of HACKTIVIST, and highlights the duality of our lives as the touring musicians that people see on a stage, in a video or on an album cover, and the more mundane ‘real’ lives that make up the majority of most band members’ time.

“Hopefully anyone watching the video will see something they relate to, and maybe makes someone think twice before hating on blokes in bands who’re just doing stuff to add colour to their own existences. Also we hope it creates a more personal connection with fans of the band, and maybe instills in them a feeling that they could follow their passion too, as we’re all just regular people at the end of the day”.

Also catch the band at Reading / Leeds this summer:

‘Hate’ is taken from the band’s debut album ‘Outside The Box’, out now via UNFD. Purchase here: