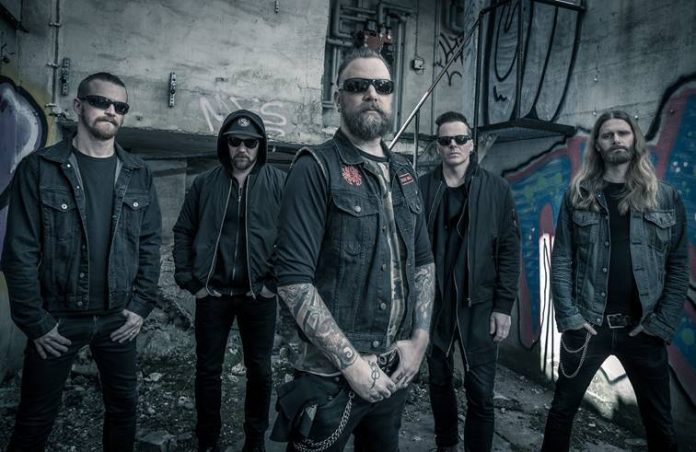 Formed in 1996, Sweden’s Sparzanza have, over the course of two decades and seven albums, built a formidable fanbase, brought together by the band’s dark, heavy and melodic metal, driven by huge guitars and unforgettable hooks.

New album, ‘Announcing the End’ captures the sound of a band at the height of their powers. From the ball-breaking title song, through the melodic charge of ‘One Last Breath’ onto the powerful first single ‘Vindication’, ‘Announcing the End’ is very much a statement of intent from a band with plenty of road miles under their belt. With appearances at a number of well-known European festivals, including Sweden Rock and Sauna Open Air, as well as numerous European tours.

“Announcing The End” sees Sparzanza taking their years of experience and channelling it into a new, harder hitting and more focussed direction.

Having a solid career behind them gave them the space to look at their past work and really get to grips with what Sparzanza needed to be in 2017 – the results can be heard on their superb new album.

‘We left for Spain and worked on the album under a strict work schedule’ Johan Carlsson (bass) comments,  ‘Instead of piecing all the ideas afterwards, we wrote everything together. It was 9 to 5 every day and it felt like a competition to produce. We met in the morning and divided into groups which then worked on writing together. In the evening, we would meet up and go through everything together. The next day we would switch groups and it continued so for the whole week. Very relaxed and unbelievably creative.’

“To do something completely new with ‘Announcing the End’ was a real challenge” adds drummer Anders Åberg. ‘Horrifying but at the same time enormously inspiring. To speed up a process that took forever to only a week really turns up the pressure to deliver. For our fans and ourselves. To push yourself daily with a clear-cut deadline was extremely cool and created new ideas both expected and unexpected.’

Rather than stick within their ‘safe haven’ of Europe, where the band have a large and loyal fan base, with ‘Announcing the End’ the band are aiming to expand their global reach – no limits in place!

First single ‘Vindication’ has just hit radio and the band will be gearing up to hit the road in support of ‘Announcing the End’ across 2017/2018.