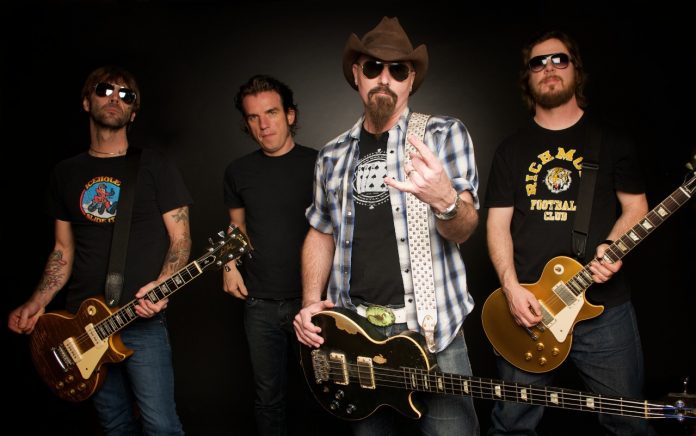 The Supersuckers, who have just played the UK in support of their brilliant “Get The Hell” record, are already turning their thoughts to their next album.

The band have just played an astonishing 27 shows in 27 days – so frontman Eddie Spaghetti could have been forgiven for being tired when we spoke to him right before the last of them in Birmingham a couple of weeks ago. Far from looking for a break, though, the singer revealed that an album was already being planned for next year.

“We are going to do a country record next time, ” he said from behind his shades and Stetson. “We think it’s about time for another Supersuckers country collection.”

The band have famously moved in this direction in the past – most notably on a superb split EP with Steve Earle, while Spaghetti has released comity flavoured solo albums: “It’s definitely something we are looking forward to doing as a band, ” explained Spaghetti. “Just to make a real kick-ass hillbilly album.”

Find out more about the new record, as well as Eddie’s thoughts on touring England and why doesn’t like modern music in the next few weeks on MVM.