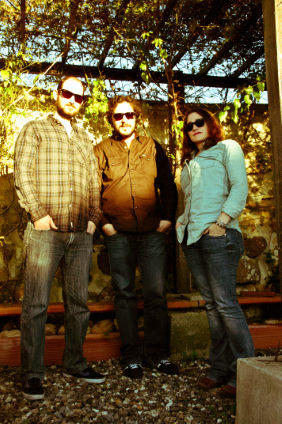 Featuring within their ranks former members of Viaje a 800 and Mind!, ATAVISMO’s compositions are sprawling and consuming; echoing and hypnotic recalling the cosmic, jam-laden plumage of  bands like Earthless, Motorpsycho, Wand and Dead Meadow.

Described The Obelisk, “Desintegración… holds a world of lush and spacious heavy psychedelia within them, alternately folkish and expansive, minimal and encompassing. It doesn’t matter whether you’ve heard any of the trio’s past work in bands like the spaced-out Mind! or Viaje a 800 so much as it matters that you’re willing to loan a piece of your psyche to ‘Blazava,’ ‘Kraken,’ ‘Oceanica’ and ‘Meeh,’ and engage the thirty-seven minutes of ATAVISMO‘s debut on their own level.” The band claimed the fourth slot of the popular riff portal’s Top Ten Debut Albums Of 2014 list further praising, “Desintegración hit me like the proverbial ton of bricks. Just four songs, but the atmosphere was gorgeous…”

Initially released on CD last year on Not On Label Records, ATAVISMO’s Desintegración will be given the vinyl treatment via Temple Of Torturous on June 16, 2015 and come in a gorgeous gatefold packaging limited to 300 copies. Preorders to be available in the coming weeks. Stay tuned.