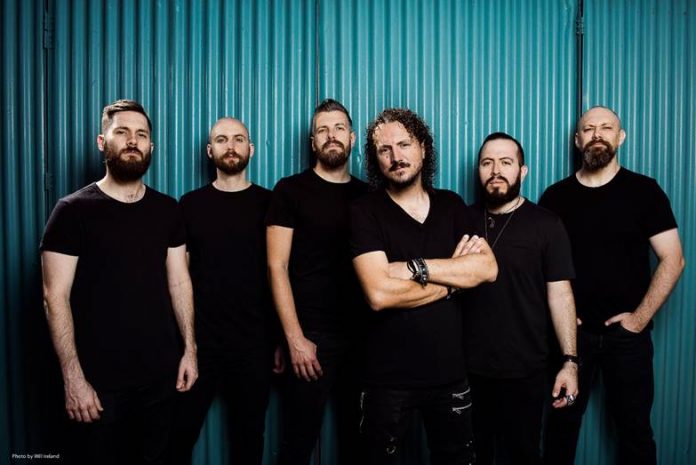 HAKEN, one of progressive music’s most exciting bands, recently announced details of their much-anticipated fifth studio album titled ‘Vector’, due for release on the 26th October 2018. The album was produced by the band themselves, and recorded & mixed by Adam ‘Nolly’ Getgood (Periphery, Devin Townsend Project), with the artwork once again being handled by Blacklake.

Today the band have launched a video for the track ‘Puzzle Box’ which you can watch here:

The band comments: “‘Puzzle Box’ was born from some of the jam sessions we had early on in the writing process. The music has a raw and slightly psychotic nature to it that is brilliantly complimented in Crystal Spotlight’s video. To achieve favourable consequences we suggest taking this dose of Vector at regular intervals throughout the day.”

Fans can enter a competition to win the signed puzzle box from the video here: https://forms.sonymusicfans.com/campaign/haken-pre-save-puzzle-box/

The band will embark on an epic tour starting this October in North America, and the band recently announced South American & European tour dates for 2019. Find the full list of confirmed dates below:

Full ticket details as well as all upcoming dates including North America can be found here: https://www.hakenmusic.com/tour