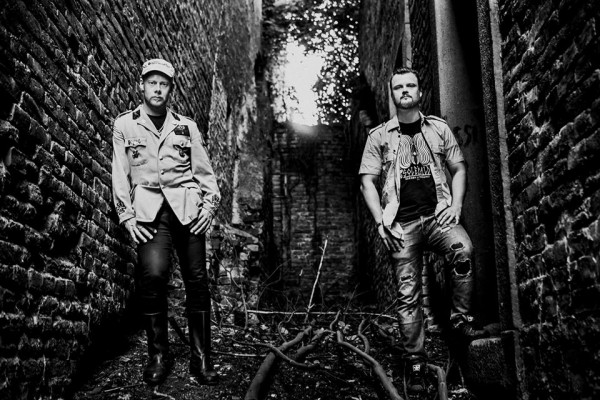 Barmy Norwegian duo give a taste of their new single

Unique avant-garde duo Solefald will release their new full-length album after a four year wait; “World Metal. Kosmopolis Sud” will be out on Feb 02, 2015! With this release, Solefald challenges the listener with their complex musical diversity, taking the listener on a surreal adventure to truly unique musical settings and sound constellations yet to be discovered. Merging raw Norwegian Metal, Dutch Techno with Norse and African folk and rhythms, Solefald has beyond doubt crafted an out of the ordinary sound; World music with black edges. A celebration of World Culture!

The album is up for pre-orders HERE!

Metal Hammer GER, Metal Hammer NOR and Zero Tolerance present you the first taste of the coming album, with a premier of Solefalds first single “Bububu Bad Beuys”:

Solefald on the single: “Bububu Bad Beuys is a merry impro piece conceived in Dar Es Salaam, Tanzania, where Cornelius ran about in the studio backyard chasing chickens. World music percussionist Gunnar Augland sets the beat with local percussionist Raz, giving the Norwegian Gringo-singer sufficient wingroom for an assault of total chicken chic. The song ends with a hard-hitting stadium atmosphere developed by Lars. You got it: The letter is B!”