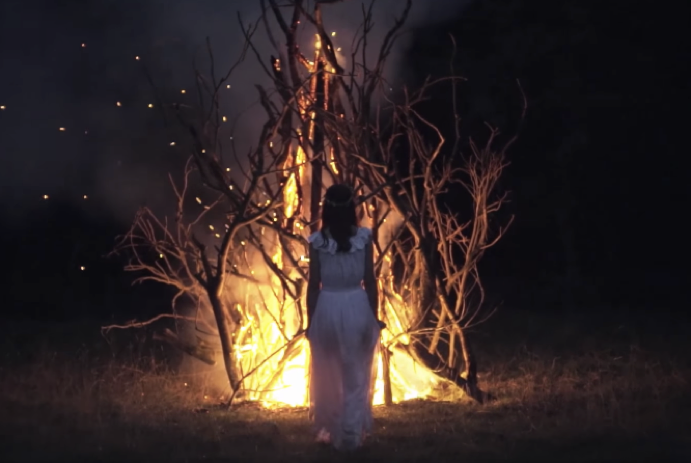 The Answer have unveiled the video for their latest single ‘Solas’, the title track from the band’s highly anticipated new album, out October 28th via Napalm Records. It premiered with Loudwire yesterday.

The dark and sinister video is set in an eerie forest, with ritualistic pagan imagery reflecting the Celtic atmospheres of the song, and its ultimate surrender to the cleansing properties of the fire. It is a perfect accompaniment to the lyrical sentiments of this powerful, operatic rock anthem.

‘Solas’ is the first official single from the new album and has already gone straight on to the Planet Rock A-List. It follows the previously released track ‘Beautiful World’, which was co-written with former Massive Attack producer / composer, Neil Davidge.

A decade into their career the new album marks a significant turning point for The Answer.Solas sees the four-piece go back to their roots, embracing elements of their Celtic background, encompassing Irish instrumentation, layered vocals and supporting chants in Gaelic and even Latin whilst keeping in line with their renowned trademark blues-filled and fiery rock guitar sound.

It is an honest and brave album that panders to no label, to no media framework and to no rules. It is a record that bears the scars and soul of four talented men from Northern Ireland; sometimes troubled but seeking creative liberation.

The Answer will be bringing their fierce Irish rock’n’roll to the UK this November on a co-headline tour with The Dead Daisies, which includes a show at London’s Electric Ballroom on the 23rd.