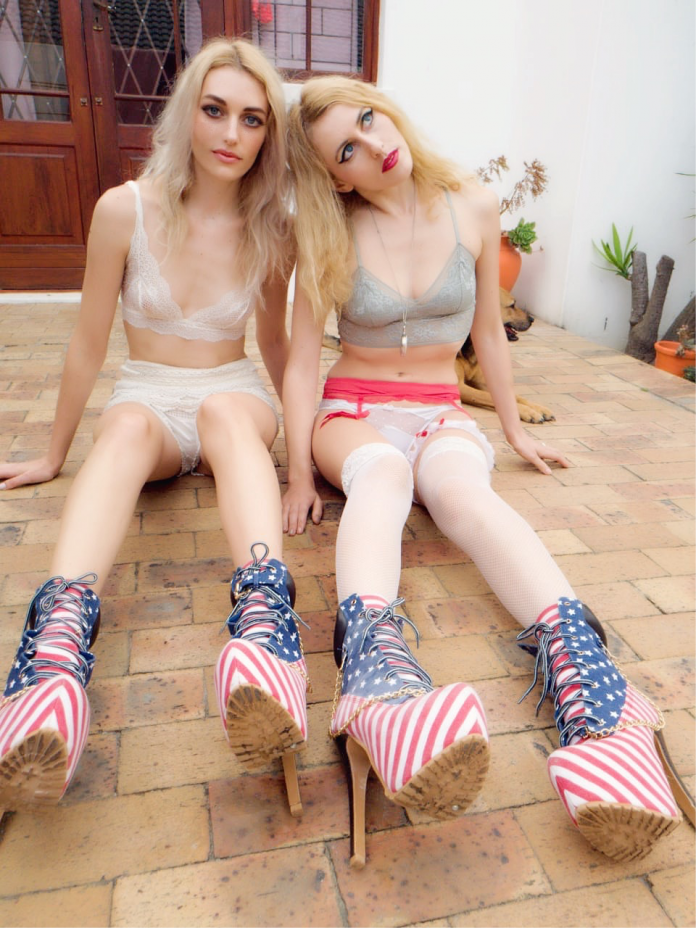 The SoapGirls are back with their triumphant new single One Way Street, their first new material for over a year.
The punchy and melodic One Way Street finds the sisters on unassailable form and comes straight from the heart. Filled with angst, power and passion you can simultaneously dance and vent to One Way Street. “Writing the song was very cathartic as it brought up a lot of different emotions and sometimes it’s good to face things we don’t want to, recording it was a very creative process and it felt great getting the feelings off of our chest. Some violence in the studio ensued due to our creative differences but that only seemed to add more fieriness to the song lol especially those high notes on the bridge from Mie!” explain the band.
Recorded in Cape Town South Africa and mixed in Nashville Tennessee, the seductively cohesive One Way Street is taken for the forthcoming new album set to be released later this year.
Always strong in the face of adversity when shooting the video in South Africa,  where rolling blackouts happen twice a day, the band bought a generator so they could film the video. However, “we didn’t know the generator is not supposed to be inside a house so lets just say we were all smoked out with carbon monoxide and had to air out and vacate the house for a few hours.”
Armed with unforgettable melodies and catchy choruses, the unconventional SoapGirls are taking on the world one show at a time. Starting their Sniff My Strap 2019 tour in April they are set to play UK, Europe, USA and Japan. The UK dates include their “favourite festival”  Camden Rocks on the 1st June.
Reluctant to be viewed as part of any wider movement The SoapGirls remind us that music can still be straight to the point, efficient, honest and exciting, so brace yourself for The SoapGirls’s next chapter as they are reinventing rock tropes for a new generation.
For latest tour dates go to: https://www.facebook.com/thesoapgirls/
To stream One Way Street go to: https://open.spotify.com/album/59MPhG1yN7CAAU369kuIwa
To download One Way Street go to  https://store.cdbaby.com/cd/thesoapgirls3
https://www.facebook.com/thesoapgirls/
http://www.thesoapgirls.com
https://twitter.com/The_SoapGirls
https://www.youtube.com/user/TheSoapGirlsOfficial