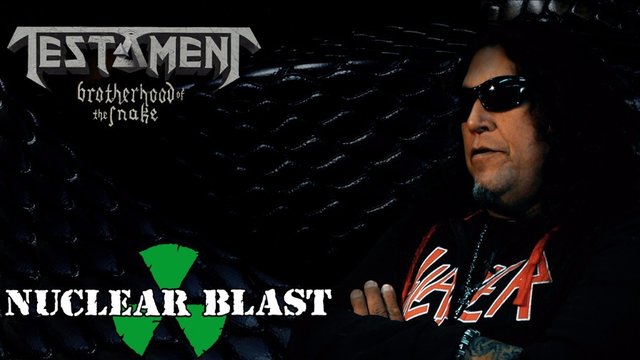 Legendary bay area thrash metal giants TESTAMENT, have released the first of several trailers for their upcoming 12th album, Brotherhood Of The Snake. Watch vocalist Chuck Billy and guitarist Eric Peterson, speak about the touring that lead up to recording and how that affected their song writing process, here

Brotherhood Of The Snake will be released on October 28, 2016 via Nuclear Blast. Pre-order the record now:

Watch the lyric video for the title-track, ‘Brotherhood Of The Snake‘ here: https://youtu.be/OeIgFsU0x4I