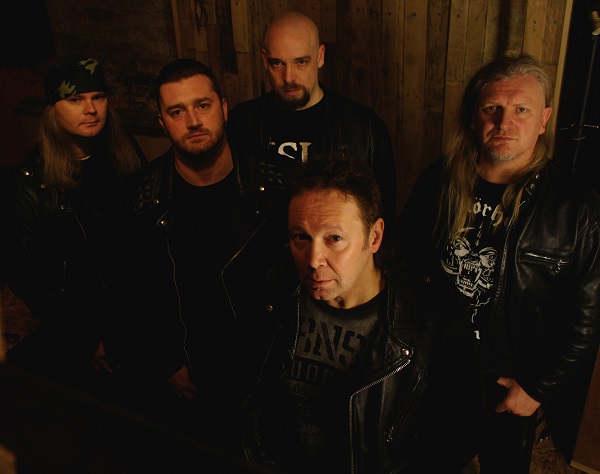 Thirty years after their debut, Avenger are back

Avenger re-formed in 2005 & have toured with US rockers Y&T, as well as sharing stages with Twisted Sister, Candlemass, Saxon, Diamond Head and Raven.

The new album includes 10 brand new songs plus a cover of Iron Maiden’s “Killers”, with artwork provided by guitarist Liam Thompson which includes references to the band’s earlier records which will no doubt prove popular with fans. The song “Fate” has been available as an album teaser for free download for several months now, whilst from today a second song “In Arcadia Go” is also available as a free download at the Rocksector Records Soundcloud HERE

This eagerly-awaited new material recorded at BLAST Studios (Newcastle) and Leather Bear Studios (Sunderland) and produced by Dean Thompson sounds fresh and exciting, whilst without question retaining its’ roots in 1980s NWOBHM.