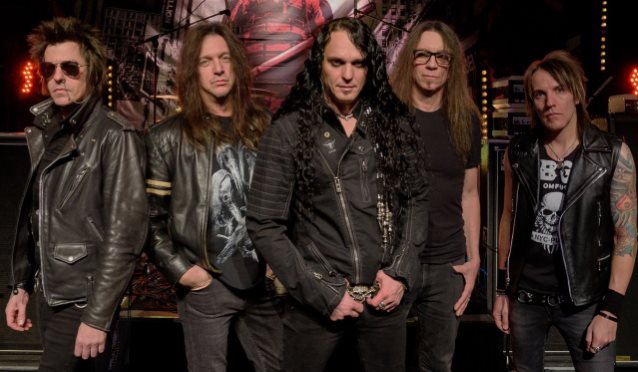 Multi-platinum selling band and American hard rock legends, Skid Row, are back on tour in January 2019 following sold out shows across the UK this year. Headlining venues in Manchester, Sheffield, Bristol and a date in the capital at London’s O2 Forum, Kentish Town, they will be joined by a very special line up of guests; Backyard Babies, H.E.A.T and VEGA will be supporting on all dates with KilliT added for their London show.

Skid Row first came to prominence over 30 years ago and are better than ever. Ever since their formation in 1986, armed with their punk and metal attitude and a collection of riff-heavy, high-octane songs, Skid Row set out to conquer the world, one concert at a time. This determined and focused approach proved to be an unquestionable success, achieving commercial status with numerous Top Ten singles, Gold and multi-Platinum selling albums and were the first hard rock/heavy metal band to have a record debut at No. 1 on the Billboard charts.

Backyard Babies have an impressive track record with eight critically acclaimed studio albums, including Total 13 and Making Enemies is Good, combined with their extensive world touring schedule has earned them their reputation as a true force of nature. Heading for a 30-year anniversary with the original line-up intact, they still share the desire to claim a key and colorful chapter in the rock ’n’ roll history which they are ever adding to with new single, ‘Shovin’ Rocks’ out now, and a new album scheduled for an early 2019 release.

Gearing up to a support slot with The Quireboys next month when they play London’s O2 Forum, H.E.A.T will return to the venue as special guests at this Skid Row show in the capital. Their latest album Into The Unknown (2017) saw Classic Rock exclaim, “H.E.A.T have just made the most complete album of their career, watch their rise continue” – 9 /10.

When is an AOR band not an AOR band? The answer is when it’s rising melodic rock hopefuls, VEGA. The band has a rich history, including stints with Kick, Sugartown and Wildkard, but it was their meeting of musical minds back in 2009 that gave the genre one of the finest releases of that year in the form of their debut album, Kiss Of Life. Now, with five albums including their most recent accomplishment released May 2018, Only Human, saw VEGA enter the official UK Rock Chart at No.3 and the official UK Indie Chart at No.15.

Relative newcomers KilliT are opening support for Skid Row’s London date. Formed at the beginning of 2016m their debut album received rave reviews and have followed this with sets at UK festivals including Isle Of Wight Festival and Hard Rock Hell, support slots with Diamond Head, Reckless Love and sell out headline dates at London’s Underworld.

Tickets on sale from Ticketmaster.co.uk Monday 3 September at 10am. Customers on O2 can buy tickets 48 hours in advance from PRIORITY