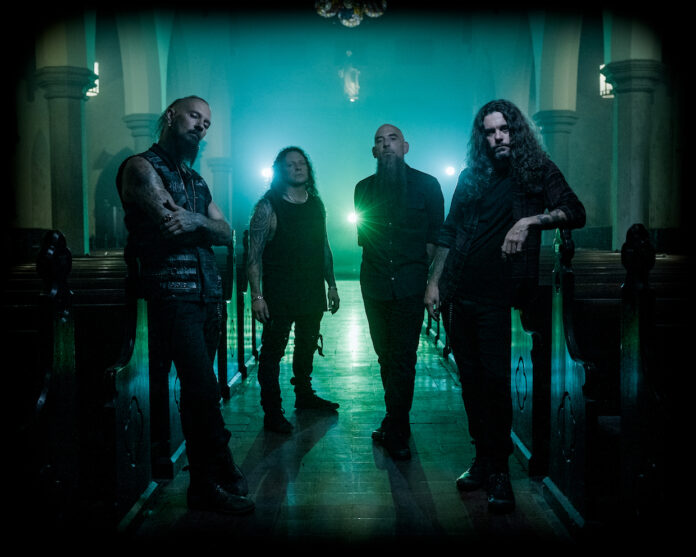 Any Given Sin and Mascot Records / Mascot Label Group have released their brand new single from the band’s upcoming debut studio album. An official video for the new song titled Still Sinking can be viewed here.

The band shares, “‘Still Sinking’ was inspired by the ever-increasing addiction issue plaguing not only the country, but The World. It is a song that each listener should be able to interpret and internalize to their own personal struggles. In hopes that it may be therapeutic to the listener. Even if it is only for three and a half minutes. “

In 2021, Mascot Records / Mascot Label Group signed Any Given Sin, engaging immediately to support the band’s single at the time “The Way I Say Goodbye.”

Multiple elements converge to strengthen every bond. For distinct personalities sharpen Any Given Sin’s
edge. The Maryland / Virginia based quartet – Victor Richie (vocals), Mike Conner (guitar), Rich Stevenson (bass) and Mike Showalter (drums) infuse metal, hard rock, and alternative in to a dark, dynamic and deep signature style of their own. Amassing nearly 12 million streams and 2 million YouTube views independently alongside multiple number one singles on SiriusXM Octane attracted the attention of the label. Any Given Sin first emerged in 2015 with their debut EP Forbidden. Initial streaming success followed with Dynamite accumulating over 5 million total plays, while Another Life surpassed 4.6 million via Spotify alone. Each of these releases reached #1 on SiriusXM and dominated the fan driven “Big Uns Countdown.”

Widespread radio support followed, setting the table for the band’s broad fan base to emerge. Along the way, they collaborated with John Moyer of Disturbed and Trevor Kustiak (Evans Blue Producer) prior to finding the perfect match with Chris Dawson (Saul, Seasons After). Guitarist Mike Conner reflects, “Dawson definitely helped round out the AGS sound. He’s not only a great producer, but he’s also a great writer and engineer. He has the ability to saturate what we are doing and incorporate ideas from a slightly different perspective while preserving AGS’ identity.” That crystallizes on the 2021 single “The Way I Say Goodbye” which is approaching a million streams on Spotify. Any Given Sin is managed by Tim Buchenroth and Frank Mastalerz at FM Music Management, while booked by Eric Powell at Sound Talent Agency.