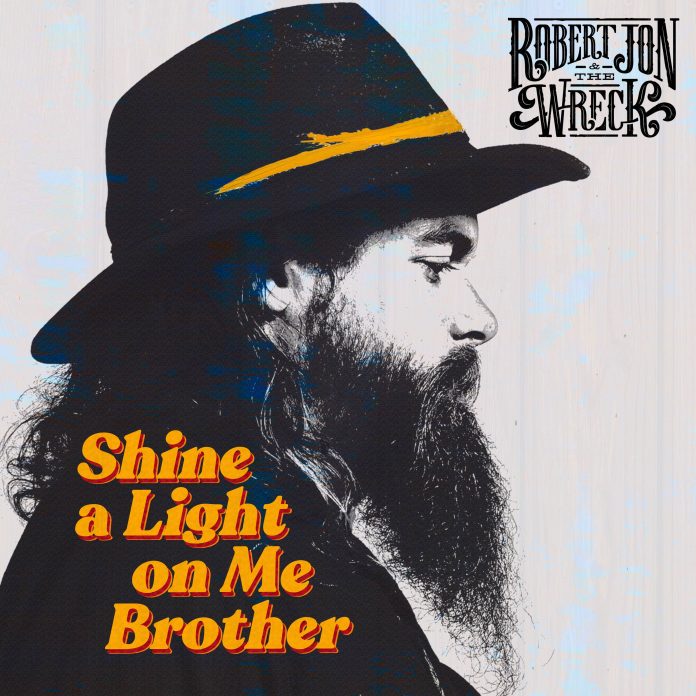 If I was the type of bloke who was arsed with top 10 lists, or making myself seem important when all I do is sit in a chair writing about records I like every day, then “Wreck On The Highway” by Robert Jon And The Wreck would have been in it.

Frankly, it was so far up my street, the damn album might as well been called Andy’s Road. I read my review of the album again this morning, and along the way I mentioned Richie Sambora, The Eagles, Black Crowes, Whiskey Myers and more. Look, in short, I mentioned the Premier League.

Some of the bands I adore.

Robert Jon And The Wreck belong in that company – which is why I am writing a single review for about the third time in the history of MV.

I am often asked by people, “What is your favourite song, then?” The answer of course is like all geeks it depends on the mood and the day, and even then I can reel you off about five variations, but for the purposes of this, lets assume we can talk about Southside Johnny’s “Shake Em Down” and Black Crowes’ underrated slice of genius “Kickin’ My Heart Around”. What have they both got in common? Horns, brothers and sisters. Horns.

Yeah, like there’s a slab of riffing, slide guitar central, and that’s ace. But then the chorus hits and its got soul, baby. Good Lord, them boys do swing. Look, I’ve never been to church in my life, and I’d probably burst into flames if the vicar went near me with his holy water, but I’ve seen enough films to know what Gospel recital looks like, and Brother Robert Jon at the pulpit is the greatest thing you ever did here.

My two favourite singles of the last five years? That’s easy. Black Star Riders, “Bound For Glory” and “Football In The Sun” by Brit Punks SV and The Eruptions. That got reviewed last summer too, and was probably the last single that was. “Shine A Light On Me Brother” might just be better than both.

I’ve now spent 400 words nearly saying what I could have said in two: Get this.

Get it now, or watch the video. I don’t really care, just revel in the glory of this song.

STREAM THE SINGLE ON SPOTIFY