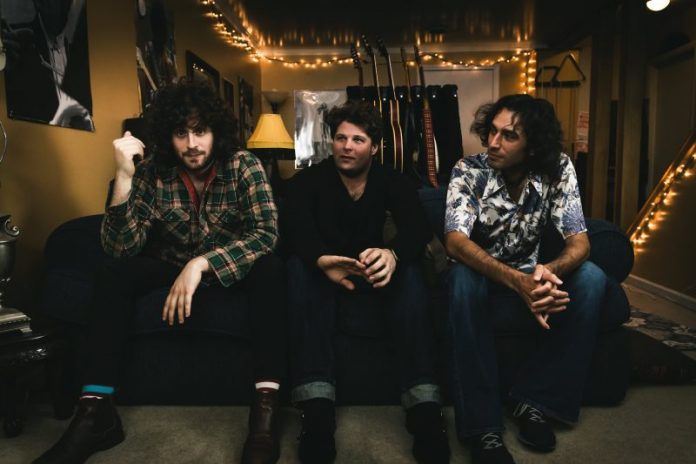 Ahead of the release of their upcoming new album Rise & Shine, out September 15th via Provogue/Mascot Label Group, Nashville trio SIMO have released another brand new track Shine.

Rise & Shine introduces the band’s elastic, expanded sound, which blurs the lines between genres and generations throughout the album’s 11 tracks. SIMO’s previous release, Let Love Show the Way, was a spot-on salute to the band’s rock & roll influences, full of big amplifiers, vintage vibe, and plenty of volume.Rise & Shine doesn’t ignore those roots, but it pushes toward something new. Eager to explore uncharted territory, the guys make room for slow-smoked soul ballads (“I Want Love”); psychedelic desert-rock instrumentals (“The Climb”); hard-edged, bluesy barn burners (“Light the Candle”); and Stax-worthy funk rockers (“Meditation”). Gluing everything together is the charisma and chemistry of three musicians who spent more than 300 days together last year, mastering the art not only of nodding to the past, but looking ahead to the future too.

“If you go through my record collection and look at the more contemporary titles,” JD explains, “you’ll see the Roots, Wilco, Alabama Shakes, and Ryan Adams. I listen to a lot of old soul music, too. Isaac Hayes. Funkadelic. Bob Dylan. On Rise & Shine, I was just trying to cull from the vastness that is my normal music diet, and not trying to pander to some target that was easy to hit.”

SIMO began recording Rise & Shine in February 2017, producing the album themselves (with help from engineer Don Bates) in Nashville’s House of Blues Studio D. They moved at their own deliberate pace, taking more than a month to record the album.

“There was a lot more sonic experimentation going on,” remembers Adam. “Every track has a different sonic imprint,” JD adds. “We took great care to make each track’s sonic identity match the mood of the song. Even though that meant starting from scratch every day with how the studio was setup.”

They pulled long hours, too, arriving around 3:00 p.m. every day and staying until 6:00 in the morning. “There are certain records that stick out in my mind as sounding like they were made in the middle of the night,” says JD, who remembers recording the song “Be With You” in a single take at 5:15 a.m. “When Frank Sinatra sings “One for My Baby (and One More for the Road)” to me it sounds like 2:00 am. Bob Dylan’s “Sad-Eyed Lady of the Lowlands” sounds like 3:00 or 4:00 in the morning. There were certain songs of ours that I knew would benefit from that nighttime feel, where you’re up and working while the rest of the world is asleep.”

A former session guitarist who’s played on nearly 500 albums, JD didn’t take Rise & Shine’s lengthy creation process for granted. “I’ve never worked on a record that took this long to record,” he adds. “I was so grateful to have that opportunity.”

Impassioned vocals that call to mind Prince or Al Green; Rhythm tracks inspired by the fatback swagger of Isaac Hayes and funky spirit of D’Angelo; Lush, highly detailed sonic landscapes reminiscent of Pink Floyd; Raw, naked songwriting that lifts the veil for the listener to see all the frailty and ugly parts as well as the beautiful: Rise & Shine makes room for it all, with SIMO looking not to recreate old sounds, but invent new ones. It’s the band’s most expansive album to date — the work of a band at its curious, adventurous peak.