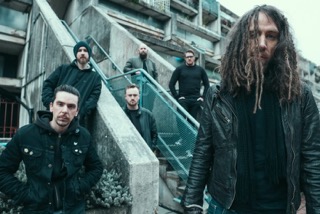 Following the conclusion of SikTh’s hugely successful December UK & Ireland headline tour, the band have announced they will play three shows in February 2018, two of which are part of Independent Music Venue Week – Carlisle and Milton Keynes, plus a night in an old haunt for the band in Tunbridge Wells.

Vocalist Mikee W. Goodman reminisces “We started out playing independent venues back in the day. Some of the greatest shows I’ve known have been in them. It’s harder than ever for them nowadays, local scenes need support. We’ve not been to Carlisle in a long while! We look forward to that and Milton Keynes. Tunbridge Wells is a classic venue SikTh used to play back in the day – it will be good to be back.”

SIKTH have confirmed they’ll be playing the following shows in February:

For tickets head to: https://www.facebook.com/sikthofficial

The band have released a new deluxe digital edition of The Future In Whose Eyes? This new version features the addition of 6 exclusive bonus tracks including three live tracks recorded at 2017’s Arctangent Festival, two re-imagined tracks from the original album plus an instrumental track; as well as alternative cover artwork. This version can be ordered HERE