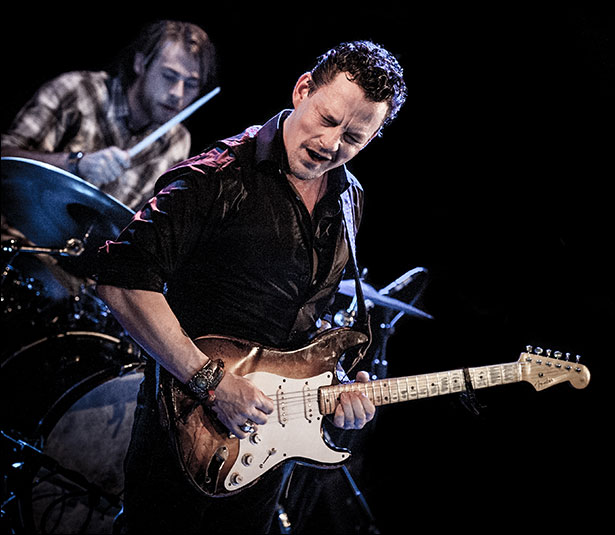 …..And this time its going to be full-throttle!

Award-winning British songwriter, Ian Siegal, embarks on a 12-date UK tour at the Chester Live Rooms on Tuesday March 17th. The tour is in support of his new album One Night In Amsterdam, his first full-band live album which was recently released on CD and vinyl by Nugene Records on March 9th. The limited edition vinyl edition of the album can be ordered HERE.  The new album includes a free bonus track Hard Pressed – available to those who purchase the CD and vinyl edition.

While Siegal’s 2014 album Man & Guitar showcased the award-winning British songwriter as a solo acoustic troubadour, One Night In Amsterdam flicks the power switch, marking Siegal’s first live album with a full-throttle electric band. Chalk up another first for the man that Mojo called, “One of the most innovative, gifted and engaging blues performers on the planet today.”