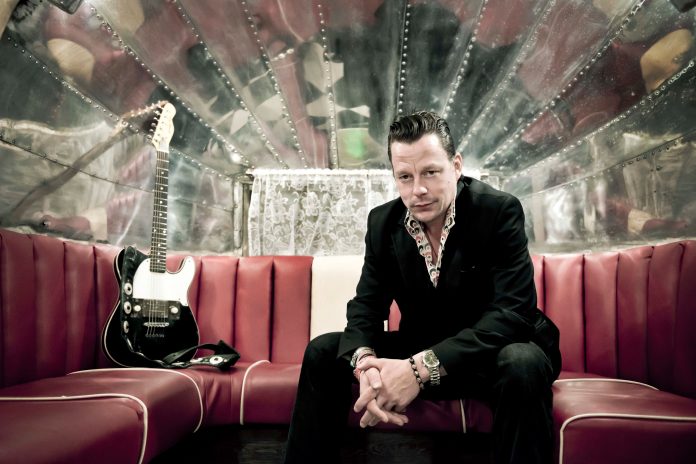 Award-winning singer-songwriter and guitarist Ian Siegal has premiered the new live video recording of “Hard Pressed” from his upcoming live album “One Night In Amsterdam” released March 9 on Nugene Records. The track is available exclusively as a free download with the CD and Vinyl editions of “One Night InAmsterdam”. Watch the video for “Hard Pressed” here:

In 2014 Siegal won Mojo’s “Best Blues Album” Award, and described him as “One of the most innovative, gifted and engaging blues performers on the planet today.”  To support “One Night In Amsterdam”, Siegal will embark on a 12-date UK tour starting March 17 at Chester Live Rooms.