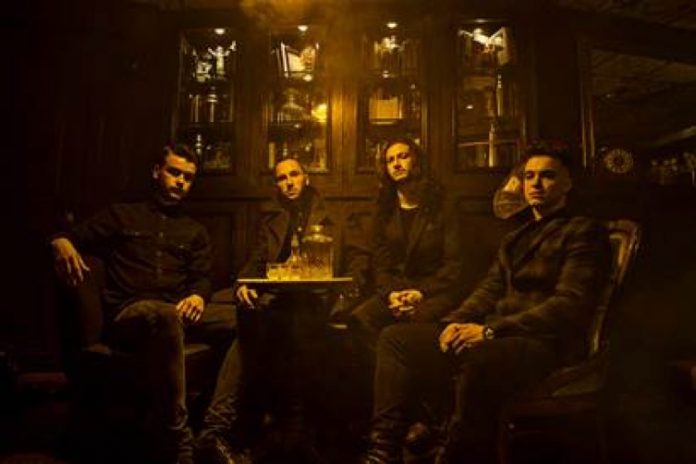 New video ahead of Trivim shows

Says SHVPES vocalist, Griffin Dickinson; “As the title-track to our debut album, we wanted the video to tie everything we’ve been working on together and really bring the album artwork to life. From the 1920’s apothecary style aesthetic to us physically drinking from the bottles on the artwork I think we’ve managed to do just that. Throughout the video you see the band sat round a table, blindfolded, playing Russian roulette with bottles marked ‘Pain’, ‘Joy’, ‘Ecstasy’ and ‘Despair’. ‘Pain. Joy. Ecstasy. Despair’ represents the emotional circle of life, it’s a statement of acceptance that we live in complete chaos and no one knows what’s coming next.

We had such a great time shooting this vid because it’s just metal as fuck. I thought I was on fire after every take, but the important thing is that I wasn’t. Hope you enjoy it as much as we did!”

SHVPES’ will support Trivium on their 33-date European tour early next year.

‘PAIN. JOY. ECSTASY. DESPAIR.’ Is out now via Search and Destroy / Spinefarm Records.