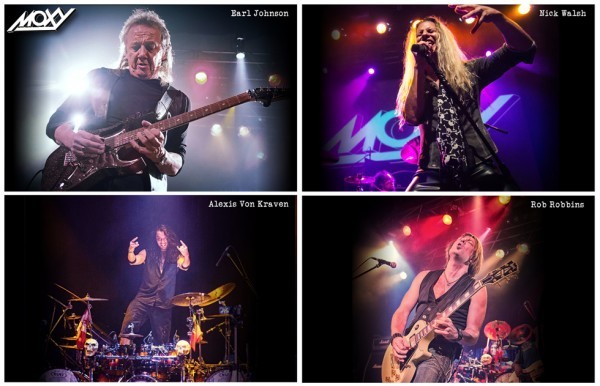 Canadian classic hard rockers MOXY to release the 1974 TO 2014 – 40 YEARS AND STILL RIDING HIGH – BEST OF CD + LIVE CD AND DVD on May 22, 2015 via Escape Music in UK/Europe. First pressing will be a Limited Edition of 2000 copies and includes a Live DVD in a triple CD boxset, all packages are individually numbered.

When MOXY first exploded onto the scene in 1974 with their hit song ‘Can’t You See I’m a Star’ they were destined to become part of the alumni of heavy hitting Canadians making a mark in the U.S.A. The promising sound of the single received heavy radio support from CHUM (AM) in Toronto and led to the band’s signing of a contract with Polydor Records of Canada in December 1974. The Polydor Records contract was mainly due to the popularity and reputation of lead vocalist Buzz Shearman.

After a few years of touring, MOXY went from a bar band to headline concert attraction in Canada. MOXY II was recorded in the band’s hometown of Toronto at Sound Stage studio with famed Aerosmith producer Jack Douglas.

Just a year after the first album for Canadian fans, but three short months after the reissued copy of MOXY I was released in the U.S. MOXY II received international press coverage for the band. Most reviews predicted success for the band and comparisons were made to Aerosmith, Rush and Deep Purple. MOXY II was also highly acclaimed on its release by Geoff Barton of the UK music publication Sounds (magazine), who made the album available to its readers for the special price of only £1.50. Geoff Barton would later refer to MOXY as the Canadian Led Zeppelin.

MOXY saw success touring the U.S. with the likes of such artists as Boston, Styx, AC/DC, Black Sabbath and Rainbow. In March 1980, Buzz was a candidate to replace the deceased Bon Scott in AC/DC but because his recurring vocal cord problems would not allow him to tour extensively, AC/DC band members ultimately decided on ex-Geordie singer Brian Johnson. In 1982, Buzz, Earl and Bill helped fellow Canadian singer/songwriter Lee Aaron on her debut album called “The Lee Aaron Project”. By 1983, Buzz was working a day job at Shaw Industries, just barely holding MOXY together while shopping around for a new record deal. Then tragedy struck when Buzz died in a motorcycle accident, on June 16, 1983, at the age of 33, just north of Toronto.

FAST FORWARD!!!!!!! After writing and recording new material over the years with different versions of MOXY, the time had come to celebrate the 40th anniversary of the legacy and do it right! So a new band was assembled for just an occasion. So along with founding member Earl Johnson an international cast of musicians were brought on board, including Juno award winning vocalist Nick Walsh all materials are newly recorded. 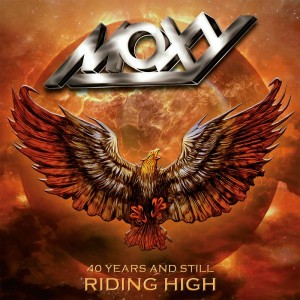