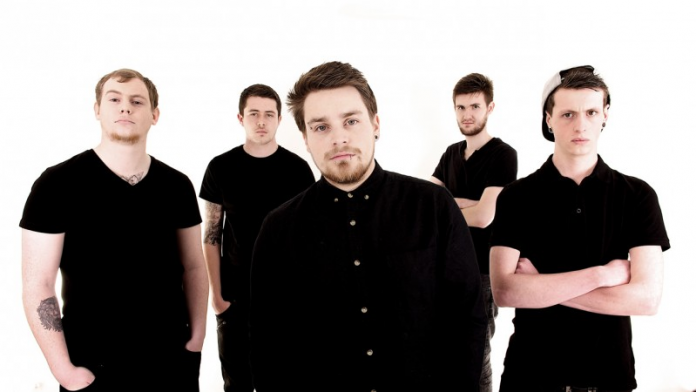 Voices From The Fuselage are a 5-piece progressive rock band combining crunchy guitar riffs and soaring lead guitar with pop influences vocals to create a distinct sound, drawing influence from the likes of Karnivool, Anberlin, This Will Destroy You.

After signing with White Star Records (Chris Hillman, John Mitchell) in August 2016, previous record ‘Odyssey: The Destroyer Of Worlds’, was re-released and plans have already been been set for a second album release. With no intentions of slowing down, any time soon Voices From The Fuselage are clearly ones to look out for

Voices From The Fuselage have just released a lyric video for the track ‘A Principle God’. This track features a guest solo from John Mitchell (Lonely Robot, It Bites) and is taken from their debut album which is out now via White Star Records.
Frontman, Ashe O’Hara’s words about the song’s meaning were:
“It’s a general observation about religion and how such catastrophic things can happen and yet people still believe it’s down to a higher presence or being”

Guitarist, Mitch Ramsay’s words about the writing of the music were:
“Scott had written the instrumental parts with the intention to use it for a personal project but after the rest of us heard it we knew we had to use it for Voices, Ashe recorded a demo with just the last section,  from ‘when you think of all we’ve lost…’ onwards. After that it quickly became a favourite of ours and the rest of the vocals we’re written.”

“John Mitchell’s’ guest guitar solo was a moment of spontaneity really, originally there was never a solo there and the chorus ran twice. But we thought a solo would give the song another element and asked John if he would be interested to play it, to which he agreed and what you hear was his first thing he played having just picked up one of his guitars and hit record.”

Previous article
Helmet’s On (Tour)
Next article
Make No Bones