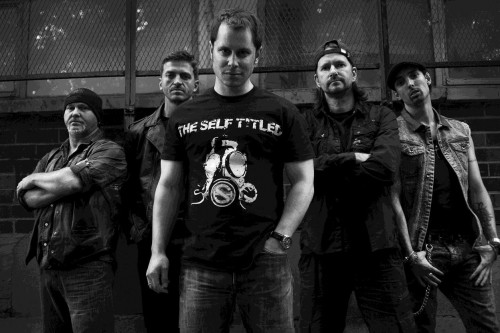 Since the release of their debut album Defaced in 2012, British band The Self Titled have been working relentlessly around the UK playing to new audiences and winning new fans with their blend of rock and metal. The Self Titled are writing their second album which will be released in 2015, but in the meantime they are releasing new material recorded this autumn: “Airlock” and “War of Attrition.”

Airlock not only showcases the band’s new vocalist, Neil Dean, who joined in the summer of 2014, but also hints at the new sound of the band and the direction it is now headed in. The tracks cement the heavier, darker sound of the band and nod towards the black mood of the next album. Airlock was first played live at this year’s Bloodstock Festival, where the band headlined the New Blood stage, and War of Attrition was first played at their London support show with Kobra and The Lotus.

MVM has a copy and will review it later this week