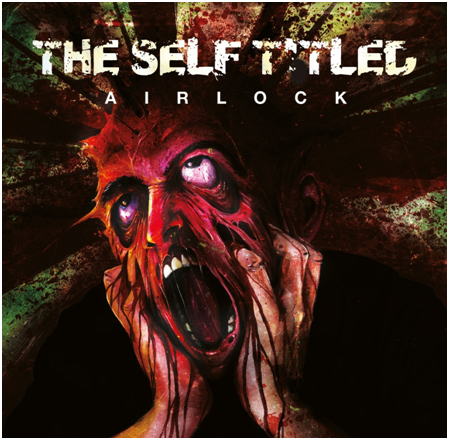 When this very website launched in September, we did so with a feature that had been written a couple of weeks before with The Self Titled.

Sitting on a wall outside the venue with three of them, guitarist Daz, drummer Paul and new singer Neil, we spoke about influences. Neil, who had only just joined the group, spoke with clear passion about his love for Mike Patton’s vocal dexterity. As he was so new, we asked him nest he was going to bring to the group, his answer was one word: insanity, was all he said.

The band also told us that the new stuff was heavier than before, more modern sounding with a metal crunch. We didn’t disbelieve them and their live show a couple of hours later was appreciably heavier than the album “Defaced” had been, but those things are just things bands say aren’t they?

Let’s be honest, have you ever read an article with a band in which a member said: “yeah, the new record? It’s ok, but it’s not a patch on the debut if I’m honest.” Thought not.

It is a tremendous and not to say entirely welcome surprise that with “Airlock” The Self Titled not only walk it like they talked it, they have come up with their best material to date.

First off it is heavier than what had gone before, beginning with an almost thrash intro. Second Dean’s vocal performance is astonishing throughout, with all the twists and turns of Patton, but never veering into a pastiche of his hero. This is, just like they said it was going to be, a very different – and dare we say better – The Self Titled.

The package adds a second track, “War Of Attrition.” The song swaggers along on a bass filled groove and has a real confidence about it. Again the new man on vocals takes centre stage – and you suspect this was the point. Lyrically it is darker than the bands earlier material, and benefits from this superbly, and the whole thing is elevated by superb guitar work.

The full length album that both these tracks come from is due to drop next year. If this is what we can expect from the sessions then it is going to be one to wait for excitedly.