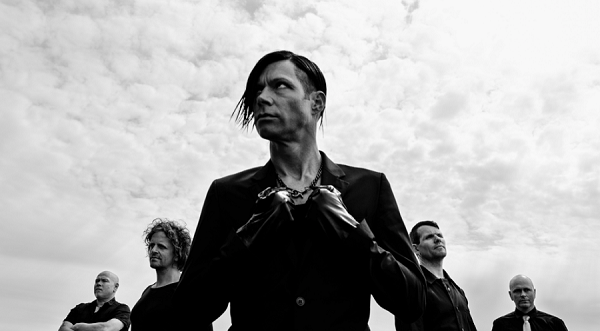 Norwegian band Seigmen have inked a new deal with Indie Recordings, and the pioneering band will be releasing new material next year.

Indie say: “It is an undisputable fact that Seigmen stand tall as one of the great pillars in the Norwegian rock scene, paving the way for rock bands all over Norway. This year marks the 20th anniversary of the exceptional album “Total”, followed by the 20-year anniversary of their breakthrough album “Metropolis” in 2015, which defined them as one of the leading forces in Norwegian rock throughout the 90’s.”

Seigmen’s unique ability to deliver  mesmerizing concert experiences, which varies for each show without losing any of its melancholic glory, was probably what defined the bands status. By utilizing the use of visual effects, an unconventional image as well as a near theatrical approach to their live performance, they raised the bar considerably in regards to live shows in Norway. Even though the band has not released an album in 18 years, they have been performing on occasion after the bands departure in 1999. Among them being their show in “The Valley of Death” in front of over 5000 devoted fans in 2005, not to mention their two sold out shows in the Oslo Opera in 2008. Recently the band has done a string of shows celebrating their 20th anniversary of the album “Total” in Støperiet in Tønsberg.

It all ended in three magical and crowd filled nights, with over 2100 tickets sold stating a record for Støperiet. The concerts got a baffling 10/10 review from Musikknyheter.no stating that Seigmen was on verge of “…defining their position as heroes in their hometown of Tønsberg and as Norway’s greatest live band.” Hissig gave them 100%, calling their show “A legendary concert”, and stated that: “I have never seen Seigmen better. As a matter of fact I have probably never seen a better Norwegian band.”

The new studio album from Seigmen will be released in the spring of 2015 via Indie Recordings.