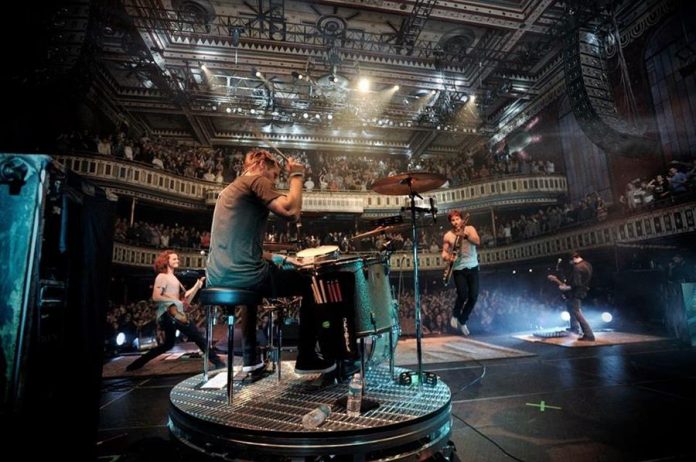 Third Eye Blind are pleased to announce a string of UK & Ireland dates this autumn to celebrate the 20th anniversary of their debut album, Third Eye Blind.

The band will headline the Roundhouse following ‘The Summer Gods Tour’.

Led by frontman Stephan Jenkins, Third Eye Blind have sold over 12 million records since their inception and and their most recent release ‘We Are Drugs’ hit iTunes top 5 alternative records. They continue to sell out numerous headline shows and set attendance records at 2016 summer music festivals worldwide including Lollapalooza, Bonnaroo, Tokyo’s Summersonic and UK’s Reading and Leeds Festivals.

Despite two decades of Third Eye Blind success, they are a band focused on the future, with an album named after the current tour Summer Gods expected before the end of this year.  A lot can change over the years and while the sound has progressed, all new material retains the fierce heartfelt core and quality Third Eye Blind fans new and old have come to love.