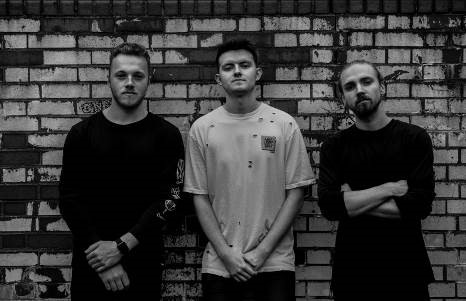 After blazing through 2019, hard-hitting alt-rock trio SINKA announce the February 14th release of ‘See What I See’, their first new music since break-out track ‘Fussy’ and the first song from their highly anticipated debut EP ‘F.W.Y.K.’ due for release on April 17th.

Coinciding with a headline slot at Camden Rocks Presents’ Valentine’s Day gig at Fiddler’s Elbow, ‘See What I See’ alights with familiar urgency as fuzz-laden guitars slice through an ominous ambience right from the outset. In what is becoming SINKA’s trademark, colossal riffs are coupled with melodic sensibilities augmented by tightly-weaved rhythm and bass chops.

The group reached new heights in 2019 – including a two-day appearance at Camden Rocks Festival which was oﬀered to them following a show-stopping gig in Camden earlier that year. Though having just a couple of tracks online, SINKA have been receiving media support both online and on radio, including plays on Radio 1’s Rock Show with Daniel P. Carter, Planet Rock, BBC Introducing, Amazing Radio and many others. Daniel even went as far as likening them to Queens of The Stone Age, whilst Danny Fullbrook of BBC Introducing said ‘This is so, so, so good – Royal Blood fans check these guys out’.

Louder Sound announced the band as victors for their track of the week with Fussy, which topped the likes of Periphery in the public vote. In addition to this, Amazon Music hailed SINKA as #3 on their Best New Bands 2019 – another major achievement for this budding group. Be sure to check them out in Camden this Valentines. Further tour dates to be announced for 2020.