The More I See Can Be Seen On Tour This Week 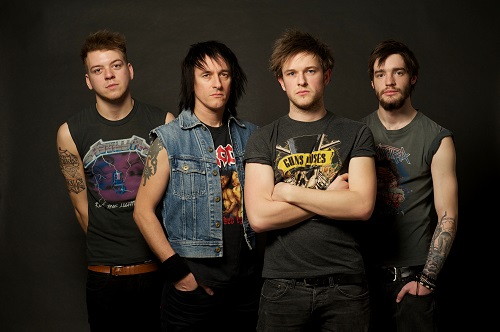 The More I See  cap off a fine year with a series of shows with British metal heroes Savage Messiah this week.

The band was formed in 2002 by Gizz Butt, the world renowned guitarist who has served time with bands such as English Dogs, War Dance, Janus Stark, The Prodigy, The Destructors and Sabbat. The band’s latest album, The Disappearing Humans, was mixed by top metal producer Scott Atkins (-Cradle Of Filth, Amon Amarth etc.) and mastered at the world famous Abbey Road studios by Steeve Rooke (-Beatles, Status Quo) and is without doubt the most exciting album to bear the name of The More I See.

The tour with Savage Messiah hits the following places throughout the week.

Before thier own headlining show:
November 29 – Peterborough – Cherry Tree

Previous article
Karma To Burn Come Out For The Desert
Next article
Midnight Convoy Track By Track: Part Two