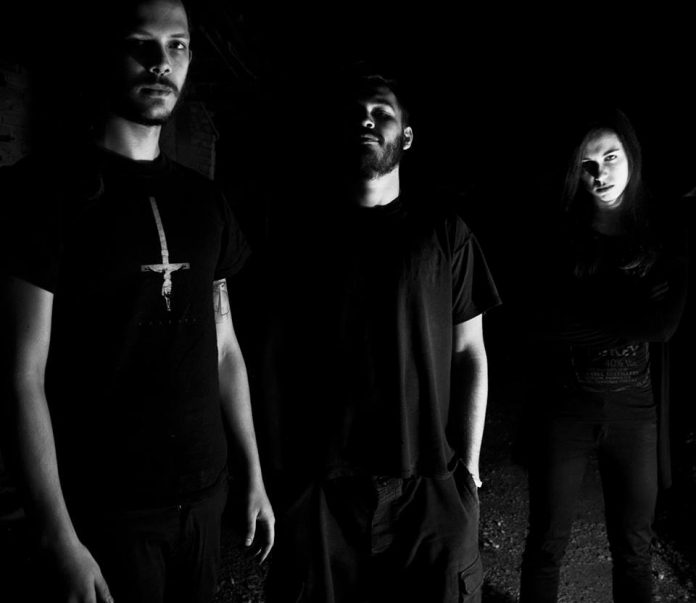 Sedna is a three pieces black metal project born in 2009 in Cesena, Italy.
The sound is a mix of post black metal, sludge and doom metal with some ambient and drone parts to give at the results much more sense of perdition and immersion.

Their self- titled album, was written and composed by Alex Crisafulli, Mattia Zoffoli And Elisa Motta in the summer of 2014. Recorded and mixed by Maicol Caggiano at Soundscape Studio in Forli (Italy) in the May of 2015, mastered by Colin Marston at Thousand Caves studio in Queens, NY (USA).
The album is an auto production released through the DIY labels Drownwothin records (ITA) and Unquiet records (PL) the 20th Oct 2014 in 300 limited jewel case copies and digital worldwide, promoted by an european tour of ten days through italy, CZ and Austria.

The band say they “choose to collaborate with our friends Michele and Stefania for their personality and creativity inside the music.

“Stefania made an interpretation of an Inuit prayer in her style/method on “Life | Ritual”.