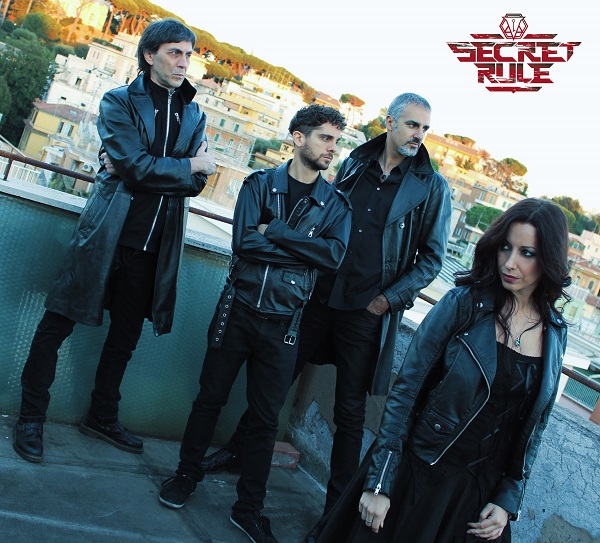 Hailing from the midst of the drama and artistic creativity of Rome, Secret Rule have created their own work of art in a progressive rock album, with wonderful ingredients taken from the worlds of power metal, industrial and pop, with added elements such as acoustic and electronic inserts, and  catchy, memorable melodies.

Formed at the beginning of 2014, the band is fronted by the powerful and crystal clear vocals of Angela Di Vincenzo (Kyla Moyl, and most recently a guest with Kaledon), masterminded by lead guitarist Andy Menario (Martiria) who has worked with a host of luminaries including Vinny Appice (Black Sabbath, Dio), Jeff Pilson (Dokken, Foreigner),  and Carlos Cavazo (Quiet Riot). The line-up is completed most excellently by bassist Michele Raspanti (Graal) and drummer Ruben Ramirez (Myr).

The album is out now on Rocksector