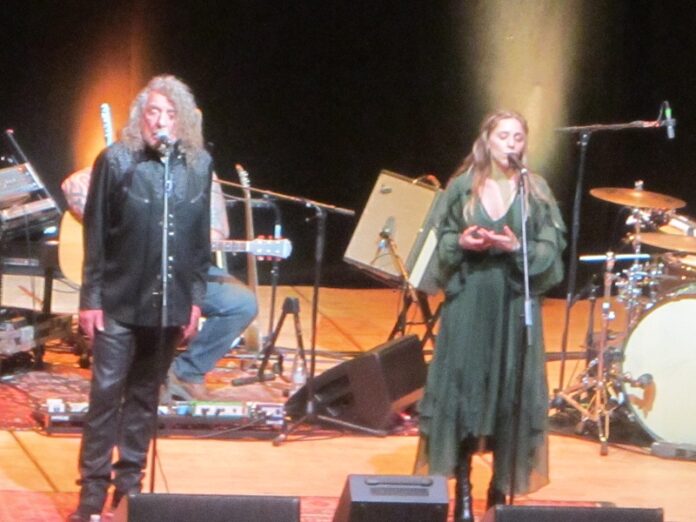 It was only a couple of days ago that I discovered that Scott Matthews was going to be the special guest tonight. I`ve had the pleasure of attending a number of Scott`s shows over the last fifteen years and they never disappoint. Tonight, again was no exception and during this forty five minute set he entertained us with songs spread throughout his career. We enjoyed numbers such as the pensive `Sunlight`, dreamy `City Headache`, mesmerising `Something Real` and quite intense `Home & Dry`. Along the way we were introduced to his guitar Mel from Melbourne Australia and he shared that he inherited his grandfather`s harmonicas, one of which was used tonight and that he still ends up with bits of tobacco from his when his grandfather, a world war two veteran used them. Scott closes out his set with slightly different take on `Passing Stranger` and will be back in Birmingham in February at the intimate St Paul’s Church in the Jewellery Quarter.

There`s little fuss as the members of the band arrive on stage and share a cover of Sarah Siskind`s heart breaking `Too Far from You` before storming into Clarence Ashley`s `Cuckoo’ which ends up as an almost hoedown. Bob Dylan`s `Gospel Plow’ get a makeover along with ‘Move Along Train’ a Levon Helm number that has a really excellent guitar solo from Matt Worley.

Suzi Dian heads up the vocals on `I Don`t Wanna Hear It` and really makes this number her own.

We have a wonderfully unnerving version of ‘Satan Your Kingdom Must Come Down’ followed by an almost middle eastern take on Low`s `Everybody’s Song’.

Mr Plant talks about coming to the Town Hall and witnessing bands in his youth, his attendance at the all-nighters and reminisces about buying records from the long gone Diskery Records in Birmingham. Richard & Linda Thompson`s “House Of Cards’ and Moby Grape`s ‘It’s A Beautiful Day Today’ are given the Saving Grace treatment before we head into the home stretch.

‘As I Roved Out’ a number that namechecked Sam Amidon follows before Suzi picks up her accordion for ‘Two Coats’ which is referred to as a murder ballad of sorts. The band treat us to `Chevrolet` and ‘Season Of The Witch’ which are covers of Donovan tunes. The former he rewrote from an original by Memphis Minnie. The band really let rip on the latter. The final cut tonight is a cover of `Ohio` written by Patti Griffin a profound and moving number about  people escaping slavery to go north.

It`s not too long before this troupe return for a two song encore which includes ‘Angel Dance’ an infectious cover of a Los Lobos song about the Día de los Muertos (Day of the Dead) a holiday traditionally celebrated in Mexico and ` And We Bid You Goodnight`. On `Goodnight` all five members of the band gather around a microphone for an a capella version of the track which was truly inspiring. The singer thanks the audience for coming before adding that there is a show at the Safari Park in Bewdley next week, waves and exits the stage.

I have to say that this was a stunning show and apart from the music, it was an education for me, whom I consider pretty well versed in music. Robert Plant shared stories about the songs and some of his memories of the local scene but what really brought it home to me was when he sighed and said “it`s so good to just be able sing”. This world renowned artist didn`t really need to come to share songs that mean so much to him on a cold and dull December evening just before Christmas but that`s just it, he has a passion for music, it`s his life. This show was one of my highlights of this year and I can only hope that the passionate flame of music in this local boy done good continues to burn brightly until we meet again.