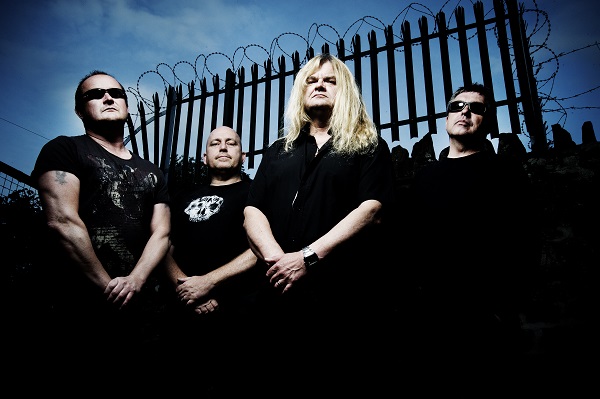 Formed in mid-2011 with Grim Reaper front-man Steve Grimmett, and three ex-Onslaught members Steve Grice, Jase Stallard and Al Jordan, The Sanity Days was created with the intention of playing the album In Search of Sanity live in its entirety, mainly for a bit of fun and nostalgia. After playing several successful shows around the world, numerous discussions and with a longer term plan in sight, the band decided it was time to start writing their own material. Fourteen months and six new songs later a deal was struck with Candlelight Records, with only the finishing touches to do – the writing is almost complete – the band are braced to enter the studio to record their debut album which is due out in the Spring 2014.

The band say: “The album will consist of ten tracks of original material that is intended to reach in and touch your your very soul with chilling interweaving melodies and haunting yet heavy rhythms that stick in your mind and features “Ruler of Eternity” a song inspired by the late Ronnie James Dio.”

The album is out on February 23rd, via Candleight Records.