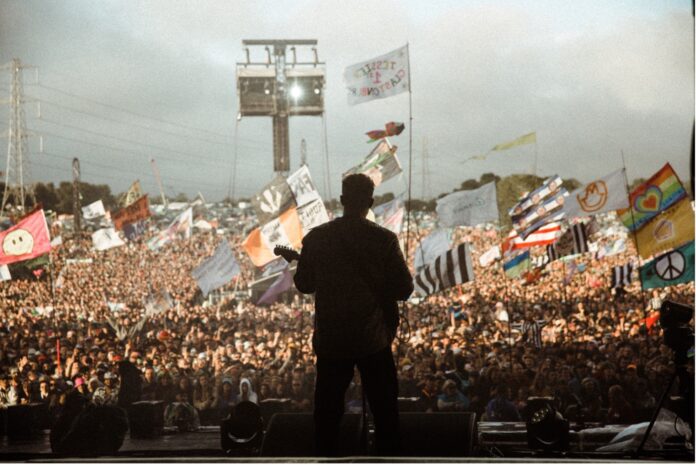 Sam Fender is pleased to share new track, Alright. The track was recorded during the initial recording sessions for Sam’s number 1 charting second album Seventeen Going Under, and lands now during a triumphant Summer of festival performances, and ahead of Sam’s first US live dates since 2019.

Of the back of one of the most-talked about, show-stealing of performances at Glastonbury, and ahead of Sam’s own 40,000+ sold-out headline date in London’s Finsbury Park, Sam is pleased to unearth Alright from the original Seventeen Going Under studio sessions in Newcastle.

Sam Fender: “Alright is one of the first tracks from the Seventeen Going Under era. It was always a favourite of mine, and somehow didn’t make the record. It’s about growing up and the theme of cheating death.“

Following the huge London Finsbury Park date, Sam headlines Sheffield’s Tramlines Festival and the Truck Festival in Oxfordshire later this month, before heading out to the States for a string of festival and headline dates before returning to Europe for more festival slots. He then heads back out to the US in support of Florence & The Machine throughout September, including a night at Madison Square Garden in New York, before concluding the US run with three more headline shows.