RYAN HAMILTON AND THE HARLEQUIN GHOSTS, ROGER CLYNE AND THE PEACEMAKERS @ SUNFLOWER LOUNGE 16/10/2018 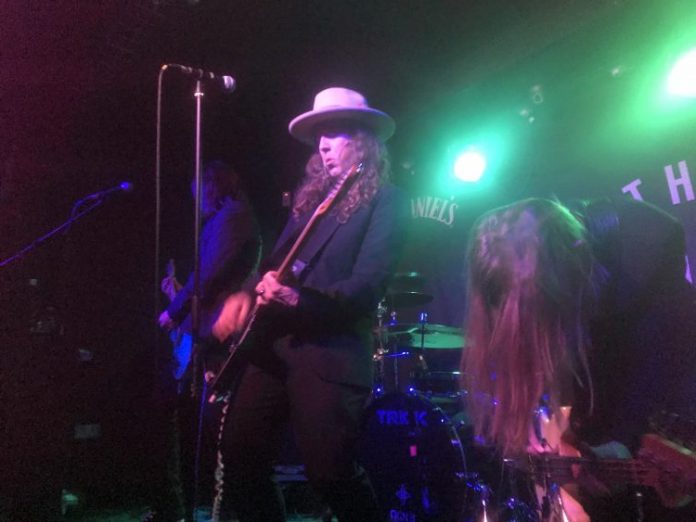 Their first trip over here it may be, but it seems like it’s been a pleasurable one for Roger Clyne and the Peacemakers. For one thing, they’ve sold out of music (“if you like what you hear, quit your job and come follow us, and we’ll have some from the US by the end of the week”) jokes Clyne here. But more than that, there’s a joy about them, but a sincerity too. Clyne has a tattoo on his arm that simply says: “play on” and the band strike you as one that could only be on the road because that’s all they know. Tremendously talented too, the likes “A Little Hungover You” and “Green And Dumb” are just mighty fine songs. Tuesday night it may be but RCATP know how to get the party started – passing round a flask of tequila in “Marie” and the desert is in their rock n roll most assuredly. Others comes on like Dan Baird songs, while the harmonica of “Flowerin’” gives that one a real blue collar touch. Finishing with “Banditos” a track from Clyne’s first band, The Refreshements, only reinforces what has become obvious in their hour: Roger Clyne And The Peacemakers are one of the finest opening bands you’ll see anywhere in 2018. They’d best be back! 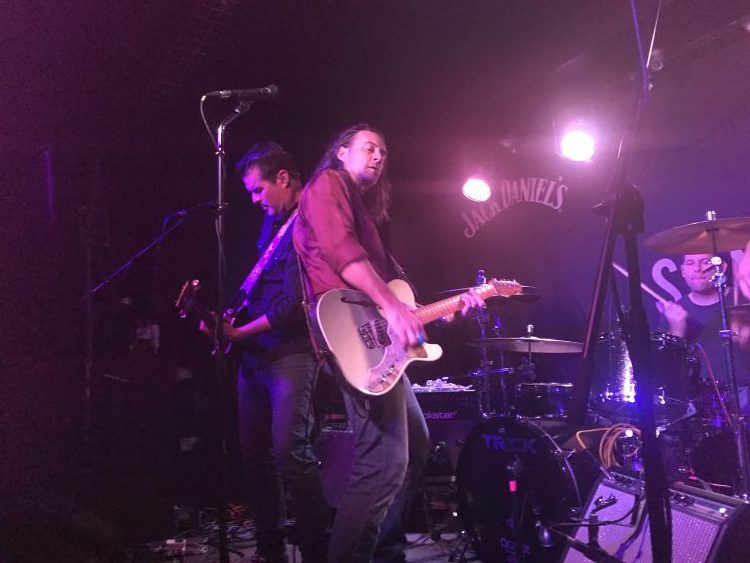 Even though, as he puts it late in their set tonight, Ryan Hamilton is from a “long way away”, the UK must feel like home. The Harlequin Ghosts – they were Traitors (his old band name) before – are all English, he’s married to a Geordie (“I had to learn words like whyaye”) and he’s played over here enough to get a loyal following.

This is just another in a long list of gigs, but this one feels slightly different. A new label and working with Little Steven may account for it, but it’s actually more than that.

It seems heavier tonight, harder edged. Less pop, more rock. The opener “Get Down” crackles with energy, and even if the crowd is a bit quiet – it is a Tuesday after all – then the song is not.

From there, really, it’s a gallop through an hour of songs that are bound together by some rare skill. “Be Kind Rewind”, a brilliant “Records And Needles”, “Smarter” and “Moved To LA” prove just why those who know Hamilton’s work, know.

His challenge on the one hand is to make the breakthrough, but yet – rather like his friend Ginger Wildheart – he obviously believes there’s more to it than that. It is about reality, making music that matters, not necessarily sales. That’s why for every “Gulf Of Mexico” there’s the anti-bullying anthem “Freak Flag” and why he changed his set on a whim to include the superb “Respond To My Email”. Because he wanted to.

That all being said, new single “Bottoms Up” is destined to do well, with its punk flavour and old favourite “Strength In Numbers” is one of the catchiest things this side of the flu, but there’s something just a little mischievous about Hamilton as he improvises a blues song he makes up called “The Drummer Hid My Wine” – RH then downs the bottle.

The closing cover of Paula Abdul’s “Straight Up” just about proves the exception to the rule of rock bands doing pop covers is always iffy, before Clyne and Hamilton duet on a much better acoustic take on Tom Petty’s classic “Listen To Her Heart”.

Back next month to play with The Alarm, it would be great to think that could put The Harlequin Ghosts to the next level, especially when you think of the soulless rock bands that do play huge shows (hi Shinedown, I mean bands like you …) if not though, as long as he’s on stage, somewhere Ryan Hamilton will be giving all he’s got.

Previous article
THE DEATH OF KATAKLYSM
Next article
BAND OF THE DAY: VILLAINOUS