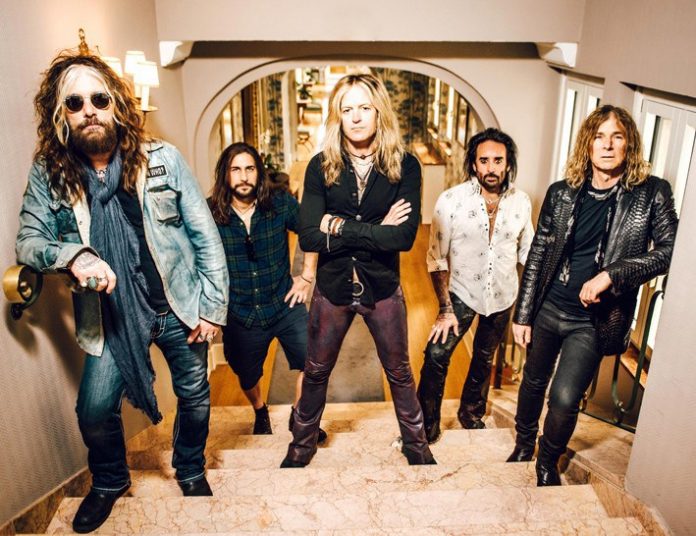 Hot on the heels of The Dead Daisies’ announcement of full details of their superlative new studio album, ‘Make Some Noise’, released on Spitfire Records / SPV on August 5th, the band have now slotted several more milestone events into their already packed high profile touring schedule.

Having wowed the crowds as special guests at last year’s Planet Rockstock Festival, The Dead Daisies have now been confirmed to headline this essential event on Friday December 2nd 2016 at Trecco Bay in Wales. The band state that “Last year was just a warmup. This year, we’re gonna blow Planet Rockstock apart!!”

Planet Rock Radio organizer Jon Norman raves “We have had some amazing bands perform at Planet Rockstock over the years and the Dead Daisies are right up there with the best of them. They rocked the house last year so we’re excited to have them back again but this time to headline the main stage.” Check out more details at www.planetrock.com/rockstock

On September 15th The Dead Daisies will play their first ever headline show in America when they bring their full stunning live set to legendary Los Angeles venue Whisky a Go Go. Support comes from Steve Rodgers, (son of Free man Paul); tickets, priced $20, are available from www.whiskyagogo.com/home

Expect more major announcements in the coming months as The Dead Daisies’ rapidly rising star goes stratospheric in the run-up to the release of ‘Make Some Noise’, the group’s soon-to-be-acclaimed legendary classic third album.