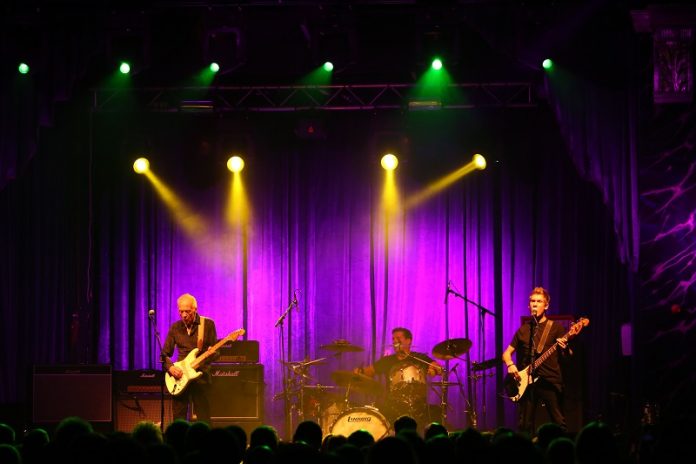 If Stevie Nimmo is the opening act, then crikey you know something good is following. The trio the Glaswegian leads is at something of a creative peak at the moment, having released the incredible “Sky Won’t Fall” record earlier in the year. Here, allowed a relatively short time to let everyone to see just how wonderful they are, they merely set about giving a condensed version of what MV witnessed last month. Tonight, “Still Hungry” – which has a real latter day Lynyrd Skynyrd feel about it – is a rock n roll lesson, “Running On Back To You” is gently gorgeous and features a quite brilliant solo spot from the skillful Scot, and “Lovin’ Might Do Us Good” is as light and airy as you like.  “Good Day For The Blues” is a metaphor for the evening surely, as the Stevie Nimmo Trio prove yet again they are one of the finest live bands around right now.

Stevie Nimmo is a wonderful player, but he’d said something interesting during his band’s set. “I’m gonna go back there and watch after this,” he smiled. “Every night I watch Robin Trower I learn something. If I can come back from this tour a bit better as a player, then it’s all worth it”. 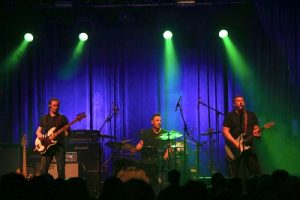 Now, sometimes when musicians say these types of thing, there’s a touch of insincerity about it. A kind of “never let the facts get in the way of a good story” element to it all. But not here. In fact, by the end of the opening song here, “Too Rolling Stoned”, it is clear that most guitarists would be better off watching Trower do it – and then selling their axes.

How he can make a guitar sound so emotional, only he knows. Indeed, rather than wondering how he does it, just be glad he does.

Like Nimmo,  Robin Trower has released a magnificent record this year. His, “Where Are You Going To” is dipped into twice in this 90 minute journey through a back catalogue that most would only dream of. The title track is sung by Trower, one of just a handful that he sings lead on, and “I’m Holding On To You” is as simple a tale of love as there can be. 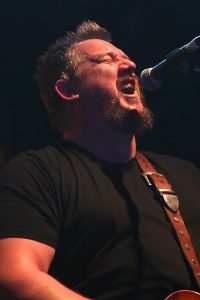 The lack of vocals is perhaps of indicative of a man who for all his amazing talents does keep things low key. Most of the singing is handled by long time cohort, bassist Richard Watts, who along with drummer Chris Taggart provides the solid bedrock for Trower to do what he is gifted to.

It is the varying sounds that most astonish. On “Somebody Calling” for example, he gets funky, while on “Daydream”, which might be the centrepiece for the whole evening, the solo he plays is nothing short of jaw-dropping. Even his bandmates appear in awe as he takes centre stage in the most incredible way. But then this is counterbalanced by the thumping set closer “A Little Bit Of Sympathy”. 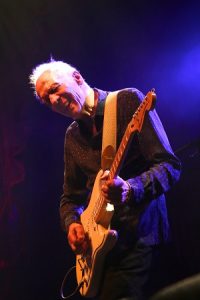 In many ways, the encore sums Robin Trower up. He appears embarrassed by the whole going off and coming back on thing he’s obliged to do. Doesn’t say a word when he returns, but does preside over two superb songs. The rocking “Rise Up Like The Sun” and the more gentle – but no less thrilling – “For Earth Below”. After he which, he calmly puts down his guitar, waves and walks off. No fanfare, no histrionics, nothing other than wonderful music.
The star tonight is often compared to Jimi Hendrix. Watching the playing tonight MV is reminded of the oft quoted response of Hendrix when asked what it was like to be the best guitarist in the world. “I don’t know,” he said. “Ask Rory Gallagher.” With the greatest respect to both, the name Robin Trower has to be in that type of company too.