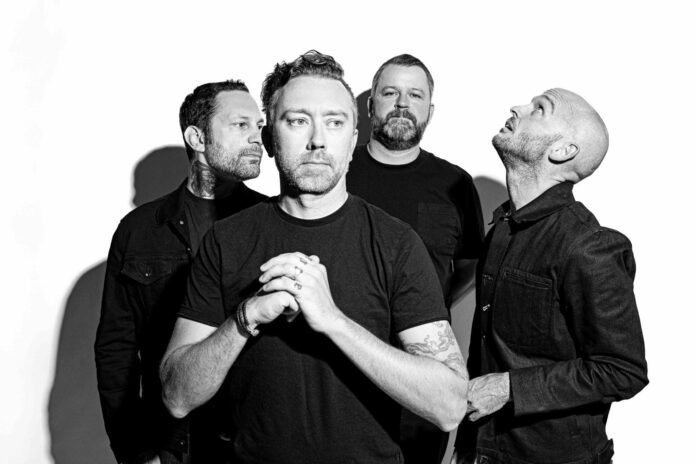 Rise Against today shared their gripping new video for Nowhere Generation single “Talking To Ourselves”—a stand-out track about falling to complacency and feeling as though no one is listening—that features evolving and cryptic transmissions for fans to discover via QR codes and encouraged to follow over the next few weeks. “The intention behind the video was to yet again shed light on us as a society and to expand on the feeling that we have progressively lost our humanity. In our video, the QR codes represent little windows to the world outside of our bubbles, only to be dismissed and swiped onto the next event,” explains director Ryan Valdez. “It feels so bleak. Heartbreaking headlines are so disposable and just another hashtag buried in the news of celebrity gossip and trending dances. As we watch and Tim sings ‘Are we talking to ourselves,’ I hope it reminds us to be human, listen, speak up and do better.”

On Nowhere Generation (Loma Vista Recordings), the multi-Gold and Platinum band draws a line in the sand with its blazing and aggressive punk rock and lyrics that shine a spotlight on the social and economical deck that has been stacked against our younger generations’ pursuit of The American Dream. The album debuted at the top of multiple Billboard charts with its first week sales (#1 on Rock, #3 on Top Current Albums, #3 on Vinyl, and the Top 40 of the Top 200) and saw great press from outlets including Revolver, Consequence, LoudWire, Brooklyn Vegan, Grammy.com, American Songwriter, The Line of Best Fit, Clash, and Kerrang!, among others. The title track, #1 Rock-charting hit also earned various spots on Billboard’s Year-End Charts for radio airplay, including #4 at Mainstream Rock Songs and #5 at Rock Airplay Songs, as well as iHeartRadio’s #10 most played Alternative song in 2021, while the band was Billboard’s #9 most-played artist on rock radio in 2021. The album’s June 4th, 2021, release date was also declared “Rise Against Day In Chicago,” the band’s original hometown.

* w/ Pennywise and Stick To Your Guns

% w/ The Used and Senses Fail