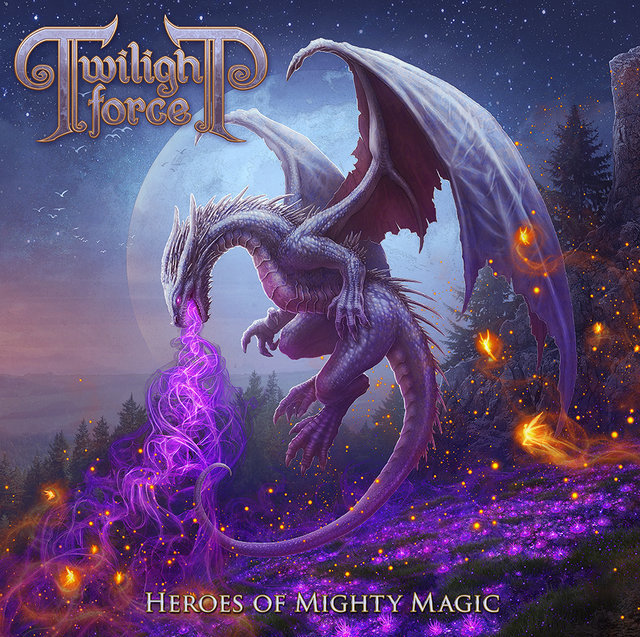 TWILIGHT FORCE‘s label debut entitled Heroes Of Mighty Magic, was released last month via Nuclear Blast. The heroes will begin presenting this record to the European stages next week. In the meantime however, the band have unveiled a new lyric video for ‘Riders Of The Dawn’. The video was once again forged by Enrico Zavatta for Enrico Zavatta design and mutlimedia.

Blackwald stated:
“‘Riders Of The Dawn’ is the tale of an ancient, honourable and proud order. Carried by noble steeds across barren plains, they have been the nomadic outriders and protectors of their kingdom of Whardas for as long as any human can remember. ‘Riders Of the Dawn’ is a triumphant and fast paced hymn, permeated by chanting voices honouring the splendor of these heroic equestrians. We look forward to tell the tale of their victories on the battlefield together with you! Now, sound the horns of triumph!”

By the help of their very loyal fellowship, the Knights of Twilight’s Might, TWILIGHT FORCE entered the charts in several countries!

Listen to the track-by-track commentary version of ‘Heroes Of Mighty Magic‘ over on Spotify.